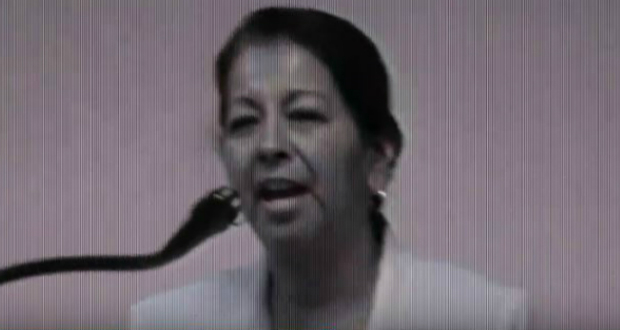 District 1 Councilmember and life-long Republican Denise Barnes switched parties on June 12 and is running for re-election as a newly-minted Democrat. However, her bid for the Democratic Party of Orange County Central Committee endorsement was rejected last night on a split vote. 30 committee members voted for and 23 members voted against endorsement, with 7 members abstaining, according to TheLiberalOC.com. Since endorsement requires affirmative votes from two-thirds of the committee, an abstention has the same effect as a “no” vote.

District 3 Councilman Jose F. Moreno led the effort to secure a Barnes endorsement, telling committee members that Barnes has been his wingman on pushing a progressive political agenda.  Barnes, in an e-mail to DPOC central committee members sent by her council aide Cynthia Ward, painted herself as a “Recovering Republican” who has “watched the party of my younger years compromise itself…”

“Party of my younger years” is an interesting choice of words by Barnes, given that she has been a Republican her entire voting life until just a few weeks ago.

The Central Committee meeting was conducted via Zoom, and Barnes afforded the opportunity to make her case. Committee member Melahat Rafiel reportedly made many of the the same points she laid out in her weekend e-mail to Central Committee members. Given that Barnes was previously endorsed in 2016 by the conservative California Republican Assembly, one would think committee members might have asked whether she voted for Donald Trump or Hillary Clinton that year. She was also endorsed by the Orange County Pro Life Candidate Campaign, which only endorses candidates who favor outlawing abortion in al but the narrowest circumstances.  The Democratic Party has become institutionally hostile to pro-life voices, which are dismissed as “anti-choice” and “anti-woman.”  Abortion is a core cultural and political issue, and one’s stance on it is drawn from a deep place. Even less credible than Barnes’ party-affiliation journey would be a change in her abortion stance. But the question was never asked, least of all by her supporters on Central Committee.

Ultimately, the lateness of her conversion and lingering questions about her political philosophy were obviously too much for at least half the Central Committee to overcome.