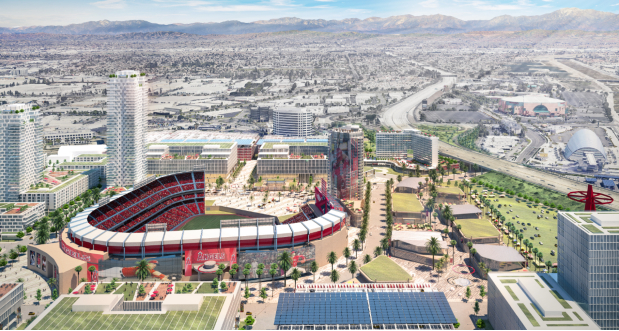 On September 9, the Anaheim Planning Commission will take up the proposed final agreement keeping the Angels in Anaheim while selling the stadium and surrounding acreage to SRB Management, a partnership controlled by team owner Arte Moreno.  The highlights of the agreement:

The final purchase price was revised from $325 to $320 million because the city’s decision to hold onto 2.5 acres containing a water well and planned for an eventual fire station – but is still above the appraised value of $310 million.

If approved by the Planning Commission, it is anticipated the city council will take up the agreements in late September or early October.

The city will hold series of Zoom town hall meetings to educate the public on the agreement and field questions:

Click here for more details about the town halls.

“After years of uncertainty, we have a plan for the future of baseball in Anaheim,” said Anaheim Mayor Harry Sidhu. “It calls for our city to get out of the stadium business while still seeing all the benefits of having baseball in Anaheim through 2050 and beyond.”

Unlocking Stadium Site Potential: More Economic Activity, Jobs, Tax Revenue And Housing
The agreement unlocks the tremendous economic potential of the 150-acre stadium site, which would have otherwise been locked up until 2038 under the existing lease.

The Master Site Plan calls for:

It is estimated development of the site will generate 30,000 construction jobs (mostly union) and 45,000 permanent jobs.

The proposed development has been described as “LA Live on steroids” and will produce a strong flow of TOT, sales and property tax revenues into city coffers. Compared the to current stadium lease situation, the stadium sale agreement will generate an estimated $1.2 billion in total tax revenue between 2022 and 2050.  By 2050, it is estimated the city will net $38.2 million in annual tax revenue – which is five times what the Platinum Triangle district currently generates. 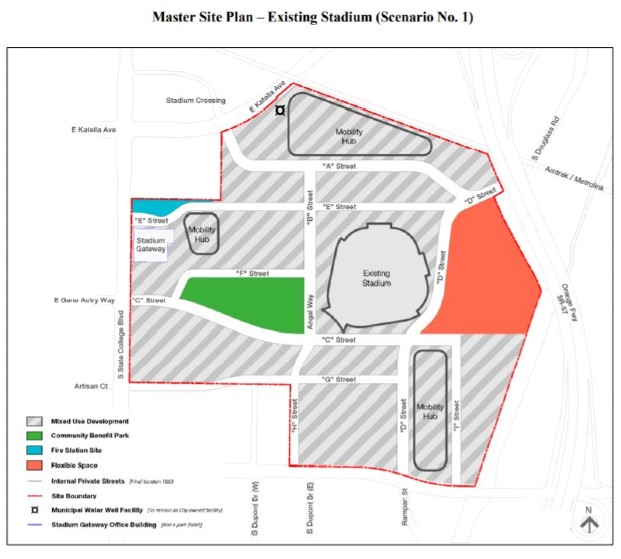 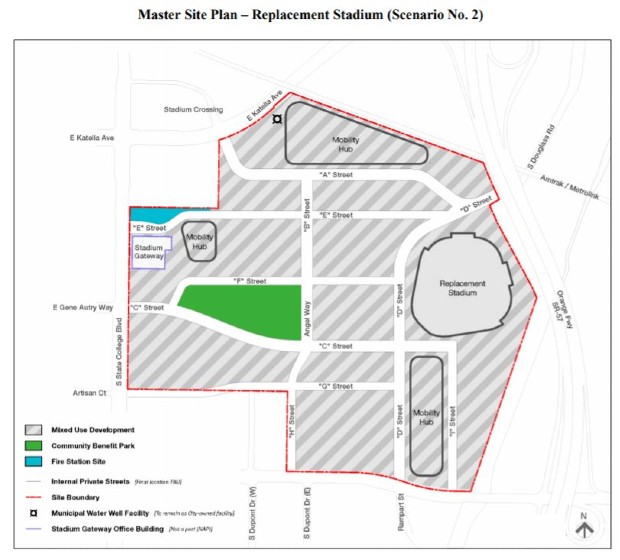 Whether SRB Management decides to renovate the existing stadium or build a new one, it will have sole financial responsibility; there will be no public subsidies. The sale will save the city an estimated $15 million in stadium expenses, while netting $150 million in cash and $170 million in needed community benefits.

“We would see life-changing affordable housing, a flagship city park and exciting dining, shopping, offices hotels and entertainment, all built around baseball,” said Sidhu. “The ongoing revenue will benefit our neighborhoods for years to come.”

“Today is the start of the next chapter envisioned for the Platinum Triangle and represents the beginning of a multi-billion-dollar investment in Anaheim over the next 30 years and beyond,” said Marie Garvey, spokeswoman for SRB Management.

“This agreement creates jobs, increases revenues and starts a whole new economic engine for the city of Anaheim decades before it would have been possible under the current lease.”

SRB Management officials negotiating an agreement to guarantee union labor and other hiring targets project for developing the site.

“We are working with the building trades to deliver good paying union jobs with a focus on hiring locals and veterans,” she said.