Does this sound like something a reasonable person would say?: 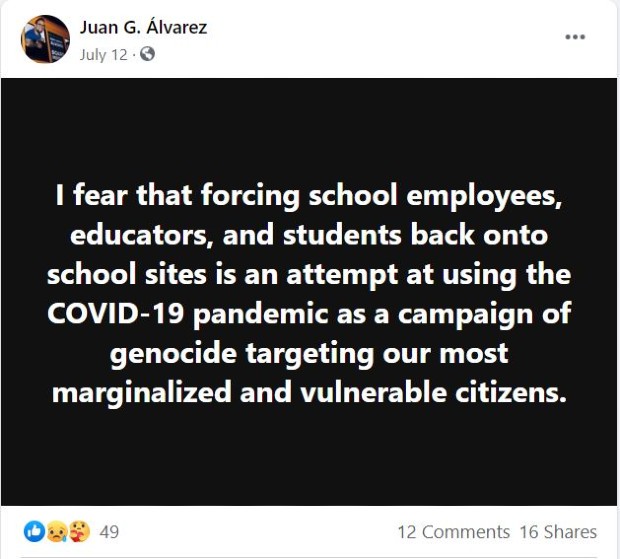 Would a reasonable person entertain seriously the possibility that when a wide swatch (and likely majority) of Orange Countians to re-open the schools, it is really a deliberate conspiracy to commit genocide? 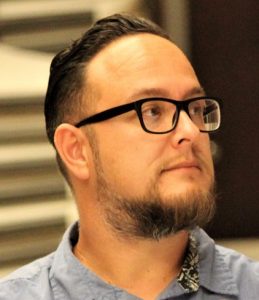 Just because you’re paranoid doesn’t mean they aren’t out to get you.

A few days after this post, Alvarez and the other members of the union-dominated AESD Board voted to abandon in-person instruction for the fall and continuing with the remote-learning model that ill-serves students and their parents. It’s troubling to think that fear of a phantom genocide conspiracy factored into Alvarez’s vote.

As Orange County moves closer to meeting targets necessary for further re-opening, the AESD Board of Education will have the opportunity to re-consider its earlier vote and consider returning to in-person instruction. AESD families and voters should be concerned that at least one of the school board members is seriously thinks allowing kids back in to the classroom is part of a genocidal plot.