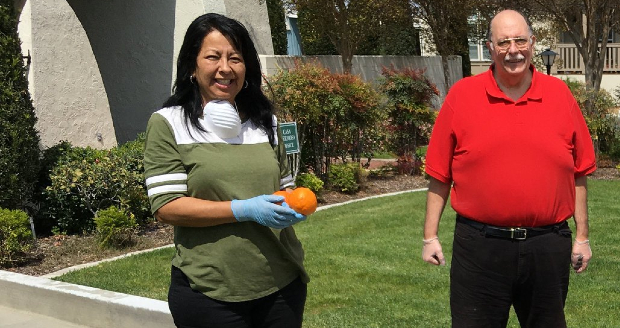 The California Repulican Assembly has long branded itself as the keeper of the conservative flame – or as the CRA likes to put it, “the conscience of the Republican Party.”

However, the president of the Anaheim Republican Assembly (ARA), George Grachen, has been most prominent for his support of Democrat politicians in Anaheim.

Barnes re-registered as a Democrat in June, and one of her recent Zoom fundraisers featured a who’s-who of progressive Democrat politicos urging her re-election.

It’s contrary to the mission of the ARA for its president to campaign for a Democrat for Anaheim City Council – even more so when there is a Republican running against Barnes.

Grachen is also a prominent political supporter of Councilman Jose F. Moreno, a left-wing Democrat who supports gutting Proposition 13, endorses every tax hike that comes down the pike, calls for the elimination of private health insurance and promoted racial identity politics.

Maybe Grachen’s activism on behalf of Democrat politicians signifies some internal dysfunction within the ARA. Barnes’ council aide, Cynthia Ward, was executive Vice President of the ARA until sometime in 2019.  She ran for mayor in 2018 as a conservative Republican with the backing of the ARA. Last year she left the Republican Party and now cheerleads for Biden-Harris and those “mostly peaceful protestors” who riot in Portland and Seattle.

Perhaps a change in ARA leadership is called for.

In a comment below, Mr. Grachen says he does not endorse Barnes for re-election:

This video is not an endorsement of Denise Barnes by myself or my non-profit. I have verbally and in writing told Ms. Barnes that I do not endorse her since she is not a registered Republican. I have asked her to remove this video from her site as it was intended to showcase my non-profits work in the community.