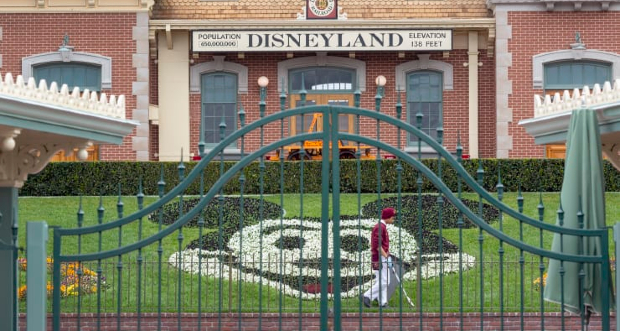 The state-imposed pandemic economic shut-down continues wreaking havoc on jobs and livelihoods, as Disney announced furloughs of cast members at the executive, salaried and hourly level. The company pointed to the Newsom Administration’s re-opening criteria and guidelines for theme parks, which have kept the Disneyland Resort closed for eight months and place it in a state of “limbo.”

“We expected to be able to open our parks in Anaheim, given our proven ability to operate with responsible health and safety protocols as we have in all of our other theme parks around the world, but unfortunately this has not been the case,” Disneyland Resort President Ken Potrock wrote in a letter to cast members.

“Since Disneyland resort closed its gates in March, nothing has been more important than fully reopening and getting our cast members back to work,” Potrock wrote. “That’s why it is with heavy hearts we find ourselves in the untenable situation of having to institute additional furloughs for our executive, salaried and hourly cast.”

Disney also announced its three Resort hotels – the Grand Californian, the Disneyland Hotel and the Paradise Pier Hotel – will no longer accept reservations. Guests who had reservations through the end of the year have received cancellations, and no reservations are being taken for 2021.

Furloughs Follow 28,000 Layoffs
The furloughs come on the heels of massive layoffs announced in September by Disney:  28,000 cast members in its Disney Parks, Experiences and Products division. It’s estimated 10,000 of those layoffs come from the Disneyland Resort.

All other Disney theme parks, domestic and international, are currently open. The company initially paid all Disneyland Resort cast members during the first six weeks of the closure, then furloughed them while continuing to pay their health and educational benefits.  The company was preparing to re-open both the Disneyland Resort and Walt Disney World in Florida in July, but the Newsom Administration effectively killed the re-opening of the Resort.  Walt Disney World re-opened as planned, with no negative COVID-19-related health impacts.

The Disneyland Resort has been closed since mid-March, with devastating impacts not only for the company, but for the Resort Area hotels and businesses who depend on its operation for customers and revenue.  Innumerable Resort-dependent businesses have closed or are hanging on by a thread and in danger of closing.

Newsom-Imposed Closure Causing Massive Job And Output Losses in SoCal
Under the existing guidelines, it is unlikely the Resort will be able to re-open until well into 2021. Unless Governor Newsom relents and issues guidelines under which major theme parks like the Disneyland Resort can re-open, the wreckage to the local economy will continue to mount.

The City of Anaheim is losing an estimated millions dollars every day due to the Resort closure.

Downtown Disney remains open, and Disney is still on track to re-open its Disney Vacation Club villas in the Resort in time for the holidays.