Parents To AUHSD Board: We Need You Fight To Our Kids, Re-Open Schools 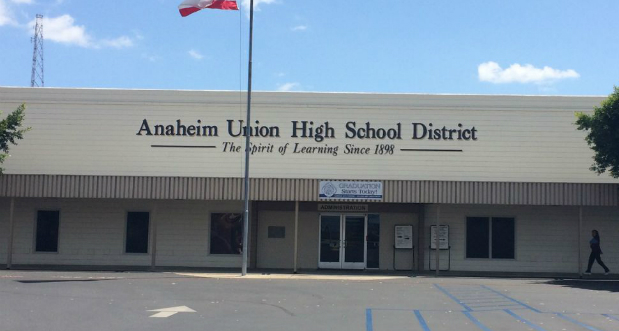 At the February 4 meeting of the Anaheim Union High School District Board of Education, parent after parent – a number of them public school teachers – beseeched the board members to re-open their schools for in-person instruction. They pointed to the science and data – which argues powerfully against the school closure strategy pursued by the district – and their own personal experiences as parents and teachers as to the harmful impact the closure has had on students.

Later in the meeting, the Board members voted to further delay re-opening until April.

Anaheim Independent will be bringing you some of the voices of these parents as they argue and plead for the district to put the interests of students first and foremost:

Joy Harper
I would like to urge you to consider giving families the option for full in person instruction besides a hybrid model, which may give students only one or two days on campus. The vaccine is already being administered to our vulnerable population and the time has come for students to return to school, they are capable of following all safety protocols on campus.

I’m a teacher in the Cypress School District at King school. I’ve been teaching full-time, in-person kindergarten since September. As expected, some staff and students have tested positive at my school, but none contracted or spread the virus at my school.   I realized in elementary school is much smaller than a junior high or a high school. However if elementary students are following the protocols that are keeping our schools a safe place to be, I know that older students like my freshmen son can follow them as well.

Kimberly Monteleone
I write this as a parent of four children at two schools in the district. I have three at Cypress High School and one at Lexington. I am also in education and so is my husband.  We teach high school students in neighboring districts. I’m writing this letter to please encourage you to try and get these kids back on campus in any way shape or form. This can be done safely for a hybrid model and these kids need a purpose and something to look forward to. My children are very active in sports and having the sports camps at the beginning of the school year made all of the difference in the world. Being able to be on campus, see their friends and interact with coaches helped change their morale. They were motivated and happy. They looked forward to practices and actually had smiles on their faces. All of that was taken from them while many neighboring schools around us continue to go on in-person school and practice every single day. As an educator myself I understand the difficulties that go into the planning of all of this. As a parent, I can see how it is dismaying their mental and emotional health. These kids need someone to fight for them for once in the last 10 months, and I beg you, please do that – fight for them and get them back on campus. Let them see their teachers and let them start practicing again.