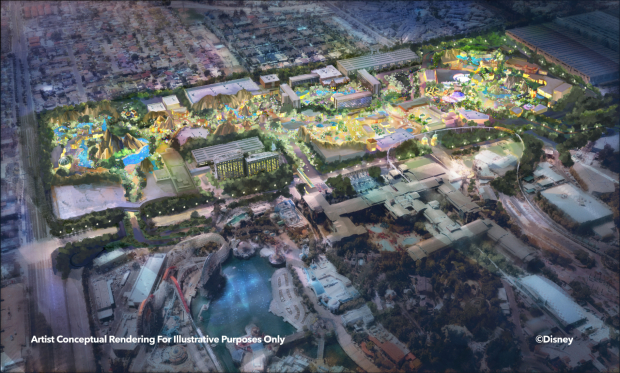 Yesterday, Disney announced DisneylandForward, a public engagement initiative to update its existing development rights and pave the way for a significant Disneyland Resort expansion that is more integrated and immersive.

The announcement comes on the heels of the company’s announcement that it re-open the Disneyland and Disney California Adventure theme parks on April 30. The company is recalling 10,000 of the more than 30,000 cast members who were laid off because of the state-imposed closure that has lasted more than a year. The re-opening will initially be at 15% of capacity, but is welcome news for Resort businesses and their employees who have suffered through the disastrous park closure.

Disney described DisneylandForward as “our public planning effort with the City of Anaheim to update our development approvals to meet the current and future demands in entertainment. With these updated approvals, Disneyland Resort can continue to invest and be an industry leader in bringing first-of-a-kind offerings to Anaheim, which in turn will create thousands of new jobs and help support Anaheim’s funding for important services such as fire, police, and public schools.”

Disney’s present development rights were approved in the mid-1990s, and resulted in the Anaheim Resort we see today. However, those approvals – sorted into separate theme park and hotel districts – are restrictive by contemporary entertainment development requirements.

Disney isn’t seeking approval for more development, but the flexibility to integrate theme parks and hotels into a more immersive guest experience. As Disney stated in its announcement:

“Entertainment is no longer defined by one use; rather, it is immersive, integrated and different than what we envisioned in the 1990s. The existing approvals limit our ability to continue to invest in Anaheim and bring the types of experiences guests are demanding today.”

Disney also released conceptual renderings of its planned park expansions that would result in the creation of thousands of new, good-paying construction and permanent jobs, and generate additional millions in annual tax revenues.

One would be across West Street from the present Disneyland Resort, on the Downtown Disney and Lilo and Stitch parking lots surrounding the Paradise Pier Hotel:

The other park expansion is planned on the land the company is currently using for cast and guest parking behind the southeast corner of the intersection of Katella Avenue and Harbor Boulevard. It would incorporate a theme park with hotel, retail and entertainment offerings: 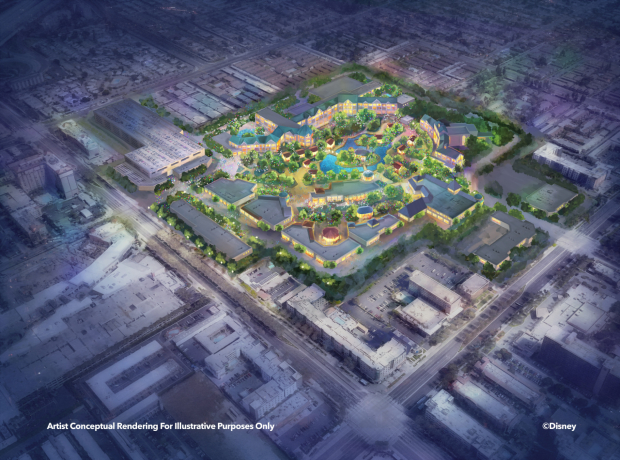 This map illustrates the DisnyelandForward vision for the future expansion of the Resort: 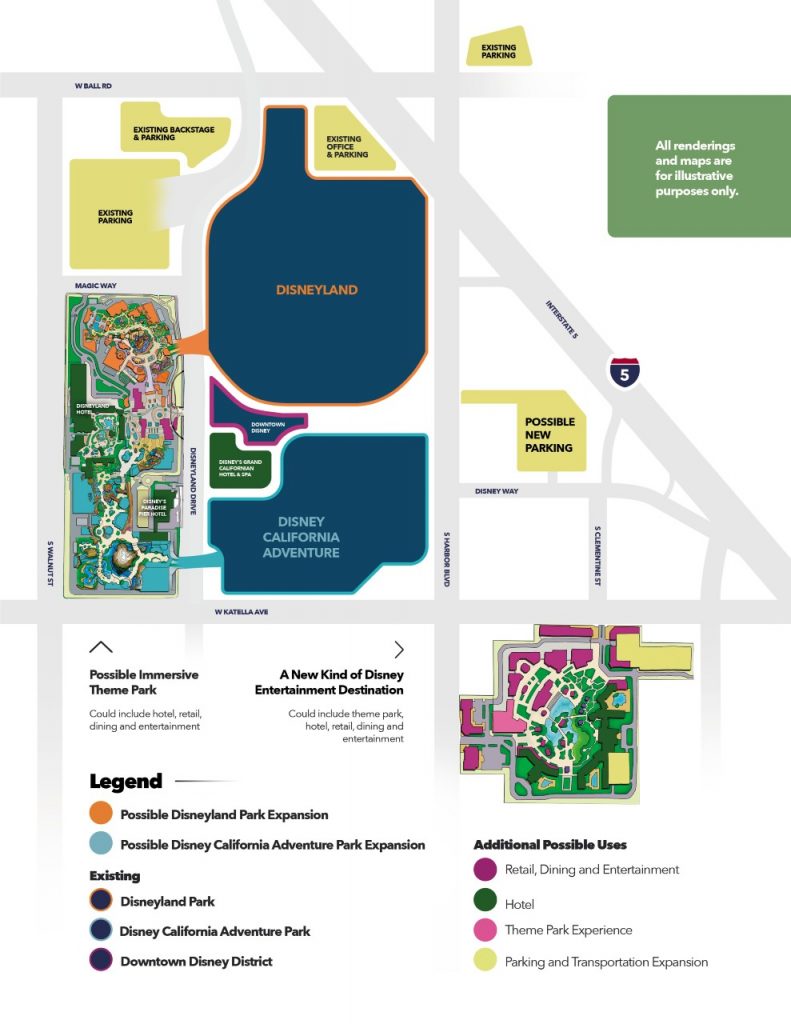 Since the planned expansions will obviously increase the number of visitors to the Anaheim Resort area, Disney is making commitments to continued mobility investment aimed at transportation, transit and pedestrian safety, including:

The company also proactively dispelled suspicions by critics about what DisneylandForward is not seeking:

Disney is not seeking any public funding for DisneylandForward, nor are we seeking additional square footage or hotel rooms beyond what is currently approved and allowed. Rather, we are simply working with the city and community to update our existing approvals to allow for integrated development to be located and built throughout Disney properties. We are at the very early stages of this effort with the city, and this multiyear process will include many opportunities for public involvement.

As part of its DisneylandForward initiative, Disney also made a set of commitments pertaining to community investment and improvement, and the construction: