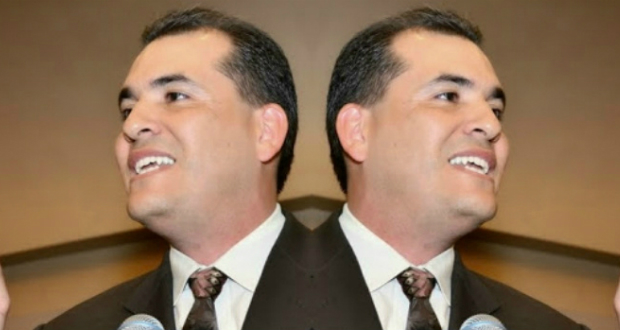 Tonight, the Anaheim City Council will consider dismissing one of Councilman Jose F. Moreno’s appointees to the Sister City Commission.

As first reported in the Anaheim Independent, at the February and March meetings of the commission, Commissioner Larry Larsen blasted consideration of sister city status with the Chinese city of Pudong, blaming China for the economic devastation inflicted on Anaheim caused by the COVID-19 virus that originated in Wuhan.

“You mean to tell me Pudong is even a remote consideration?,” Larsen thundered. “I’m blown away. This city that has taken it in the gut from China, and now we’re gonna smack happy with these people? I’m absolutely stunned.”

“Tell me how things have been out in the Resort Area this past year?,” Larsen continued. “It’s called the China virus. The City of Anaheim is in the tank. And we’re going to invite them into our house? I am stunned that anybody in Anaheim would even consider such a thing.”

You can read more of Larsen’s comments here. 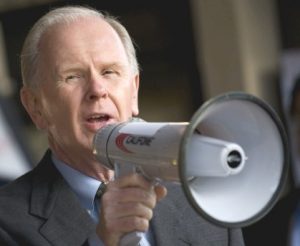 Councilman Trevor O’Neil expressed his support for Larsen’s removal, characterizing his remarks as “extremely incendiary and ignorant remarks about an entire people being responsible for the pandemic.”

Moreno’s acknowledged that his appointee did indeed make those remarks, and said he would “have a conversation with him.”

“I consider him a friend, and that’s what you do.” Moreno tried to re-direct the narrative, saying the spirit of anti-Asian hate resolution was not about “sowing division” and affirming “that when our values are transgressed, whether they be our friends, acquaintances or [unintelligible], we reach out and figure out in our collective humanity how to come together at the end of the day.”

Anyone who has observed Councilman Moreno’s political career could not help but be struck by the hypocrisy of his kumbaya stance regarding Larsen’s “China virus” comments.

When Covington High School senior Nick Sandmann was being unfairly smeared by the media and progressive activists (I repeat myself), Moreno had no time for collective humanity and coming together. Instead, he joined the social media pile-on that was destroying this teenager’s life, inciting his political followers to join him in the Two Minutes Hate: 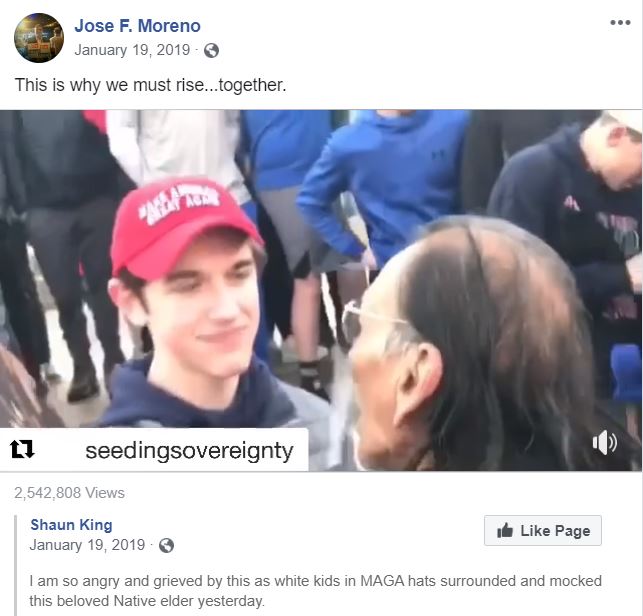 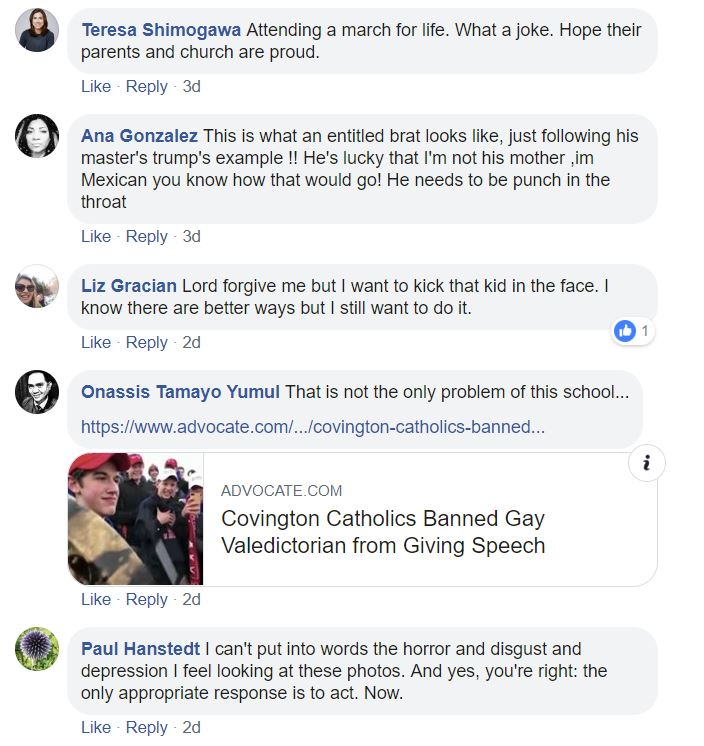 The media coverage of the incident was shown to be inaccurate and biased, and Sandmann eventually won multi-million dollar libel settlements from several media outlets.

When local progressive activists (and some opportunistic politicians) sought to destroy this writer by grossly misrepresenting a satirical blog post, Moreno had no time for reaching out in collective humanity. Instead, Moreno went into eye-for-an-eye mode and publicly joined the political lynch mob seeking to destroy my ability to earn a living.

Given his history, Moreno’s current posturing about “kindness” and understanding is hard to take. If a critic or political opponent had said the same things, Moreno would be shouting from the rafters for their censure and removal. But when it’s one of his political allies, Moreno refuses to condemn those comments and indulges in hollow moral posturing. The question is whether Moreno possesses the self-awareness to discern his hypocrisy.