Posted by: Matthew Cunningham in Government & Politics May 5, 2021 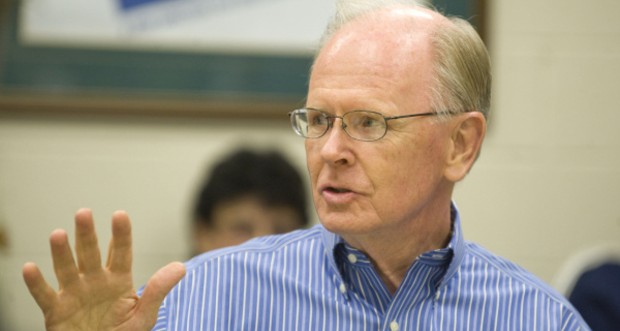 At it’s April 27 meeting, the Anaheim City Council voted unanimously to remove Larry Larsen from the Sister City Commission. The removal stemmed from comments Larsen made at the commission’s February and March meetings in opposition to pursuing sister city status with Pudong, China.  Larsen blasted the proposal, pointing to the economic havoc wreaked on Anaheim by what he termed the “China virus.”

You can read more of Larsen’s comments here in the Anaheim Independent, which broke the story last month.

Larsen addressed the council during public comments. He was unapologetic, dismissing any notion his comments were racist and objecting that his reputation was being savaged by a “lynch mob.”

“I’ve invested more time, more energy and more money, working with the inner city, most at risk kids in this city,” Larsen told the council. “I’ve been involved with the Anaheim Union High School District for 15 years. I’ve gotten for commendations from three different superintendents. I got from Mr. Matsuda – who by the way, happens to be Asian, at least the last time I checked –  a certificate of appreciation for helping to pass Measure H. How racist is that of me?”

Larsen touted his involvement in the push for by-district council elections, crediting the shift with the election of four Latinos to the council since 2016.

“Tonight there’s going to be a, a kangaroo court and lynch mob, and they’re going to destroy me and my reputation, kick me off Sister Cities, which you have voted to put me on, because I said ‘China virus,'” said Larsen.

Councilman Jordan Brandman, who agendized Larsen’s removal, stated that he “brought this forward, because I believe that what was said at the February, March meetings by [Larsen] does not represent what Anaheim stands for, or the mission of the Sister City Commission, and I think that he was given the opportunity to resign. He chose not to do so.,” said Brandman.

“There’s no question that Mr. Larson has devoted a lot of time and effort to making the Anaheim a better place, and there’s no doubt that Mr Larson’s service record to this country is commendable,” said O’Neil. “However, tonight, rather than taking his comment time to tell his accomplishments. I wish that Mr Larsen would have addressed some of the things he actually said during the sister city commission meetings, I would have liked to have heard an apology for his insensitive remarks, or at least an explanation given the recent rise in hatred towards Asian American people.”

“I am disappointed at and Councilmember Moreno, I’m disappointed that you didn’t demand an apology or an explanation from Mr. Larsen since he was your appointee, I can tell you that if any of my appointees made statements like those in questions tonight against members of any community, Latino, black, white, Asian, or other, I immediately wrote that appointee, you only offered to reach out and have a conversation with your friend. I assume that such conversation took place but apparently that conversation had no urging for resignation, an apology, or even an explanation given his remarks tonight during public comment.”

O’Neil then tweaked Moreno regarding the left-wing councilman’s penchant for routinely accusing his council colleagues of “pay-to-play” politics for campaign donors.

“So, I can only draw the conclusion then that your reticence to act stems from the fact that you’ve accepted campaign contributions from Mr. Larson. Is that why you’re not taking a stronger stand against racism? In fact, Mr. Larson isn’t your only commissioner that you’ve appointed at’s made campaign contributions to you. So maybe that’s your idea of pay to play politics?” said O’Neil.

Since the controversy broke, Moreno has hop-scotched all over the map. He has lauded Larsen as a thoughtful friend who genuinely cares about his community, while simultaneously depicting him as a dupe who mindlessly repeated racist Trumpisms.

Moreno patted himself on the back for condemning Larsen’s commenting, opining that “the hardest thing” is to “stand up to your friends when they transgress your values.” Moreno also accused Councilman O’Neil of “further racializing” him – and accusation lobbed without explanation or substantiation, and being doubly odd since Moreno racializes just about everything.

The bulk of Moreno’s response was a long exercise in whattaboutism and false moral equivalency. The left-wing academic referenced his failed attempt last year to secure council support for a resolution opposing the “racist” changes by the Trump Administration to the “public charge” rule. 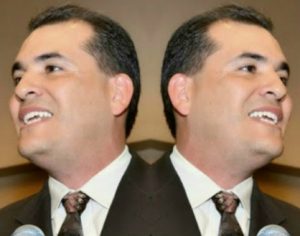 As readers may recall, the public charge rule is designed to ensure that non-citizens living in the country legally are not burdens on the public, and was calculated based on public assistance received by a green-card holder. The Clinton Administration changed the public charge rule to prohibit immigration authorities from considering the broad range of non-cash public assistance programs in determining whether a legal residency applicant was primarily dependent on government assistance.

In other words, if an applicant for legal residency was using government programs like food stamps, Medicaid, Medicare Part D subsidies, WIC, Section 8 housing vouchers or rental assistance, etc. – none of those forms of public assistance could be considered in determining whether or not the applicant was primarily dependent on public assistance.

To most people, that is simply common sense. To Councilman Moreno, it is “racist” – and anyone who supported Trump in general was/is, by implication, also racist.

That was the basis for Moreno’s argument last week that it is hypocritical for the council majority to remove Larsen when they did not support Moreno’s resolution opposing the Trump Administration’s public charge rule.   In other words, according to Moreno’s reasoning, Larry Larsen opposing sister city status for Pudong because of the “China virus” is morally equivalent to including all public assistance when calculating dependence on public assistance.

Moreno’s false equivalency also ignored the difference between the council criticizing a federal policy over which the Anaheim City Council has no control, and the council removing a city commissioner.