Posted by: Matthew Cunningham in Business and Tourism, Government & Politics May 14, 2021 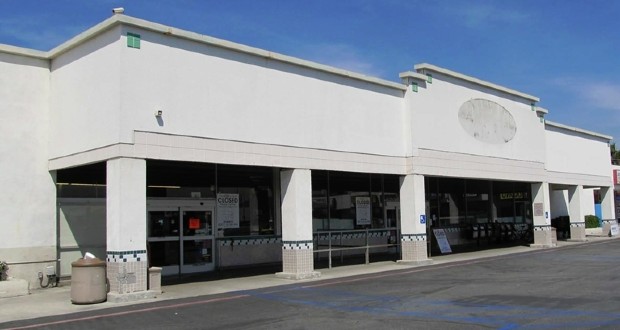 The shuttered Ralph’s supermarket at Rio Vista and Lincoln.

The effort by Councilman Jose F. Moreno and his union allies to impose premium pay on targeted Anaheim businesses will be back on the council’s agenda on May 18.

Moreno, at the behest of the United Food and Commercial Workers (UFCW) union, had agendized (with the support of Councilmembers Avelino Valencia and Jordan Brandman) discussion of a premium pay ordinance for the May 13 council meeting.  Moreno wanted an ordinance ti impose premium pay (between $3 and $5 an hour on top of existing wages) for employees of grocery stores, drug stores and retail stores.

It was clear from the discussion there were not four votes for any form of premium pay ordinance, for numerous reasons.  Mayor Harry Sidhu and Councilmembers Trevor O’Neil, Steve Faessel and Jose Diaz delineated practical and philosophical objections to the proposal for the city to assume the role of union enforcer.

“By singling out one industry, this could lead to customers paying higher prices—especially in hard hit neighborhoods—that markets would need to rethink their business model, and to make drastic actions across all sectors of this operation to remain economically viable,” said Sidhu.

“We have thousands and thousands of Anaheim workers that have lost their jobs during the pandemic, and here we are talking about higher wages for a small group of workers who were fortunate enough to keep their jobs,” said Councilman Trevor O’Neil.

“I certainly understand the value of these workers and I appreciate their service to the community, in doing their jobs. But every one of us has in some way been impacted by the pandemic. We all know someone who’s lost a job or has lost a loved one even. We all know someone who’s essential and who’s worked through the pandemic in a variety of different industries,” said O’Neil.

“There are many different types of essential workers. Yet, here we are talking about one narrow class of workers. All of these workers should be thanked for the work that they’ve continued to do through the pandemic,” said O’Neil. “It’s not the government’s role to get involved. It is the government’s role to create a level playing field – not tip the scales in favor of one business or one type of worker over another.”

“And there’s no government action like this that comes without consequences either,” O’Neil continued. “We know, as we’ve seen in other jurisdictions, that the industry will respond with reduced hours, job cuts, store closures and litigation – let alone the fact that this kind of wage mandate would only serve to raise prices on hardworking families at a time when they can least afford it.”

“The proper way to do this is for the employee and employer to sit down and negotiate,” said councilman Jose Diaz. “This industry has spent billions of dollars on making the workplace safer for both employees and customers.”

“The solution is already here. It’s called vaccination,” continued Diaz, noting that COVID-19 vaccinations are available to anyone who wants it. He also pointed out the special interest driven nature of the proposal.

Councilmember Valencia, noting that his parents owned a convenience store when he was growing up, admitted that store profit margins are thin and that premium pay erodes those margins by boosting labor costs. He proposed restricting the $3 an hour premium pay mandate to grocery stores and drug stores that are part of chains with more than 50 stores nationwide, with a duration of two months. Moreno originally proposed imposing it on all grocery stores, retail stores and drug stores for four months, but he accepted Valencia’s suggestion.

Let’s unpack the thinking through the reasoning advanced by Councilmembers Valencia and Moreno.
Their premise: grocery store, retail and drug store deserve an extra $3 an hour because they continued working during the pandemic (when many other people lost their jobs). They also admit that premium pay increases labor costs and could well lead to store closures, with resulting job losses. Neither councilmember dealt with the fact that a premium pay mandate would boost already rising food prices.
By restricting the premium pay mandate to chains with more than 50 stores, Moreno and Valencia essentially put a price on the health of employees of small and medium grocers and drug stores. After all, the cashier in a corner grocery is at the same risk of exposure to COVID-19 as his or her counterpart at an Albertsons or Ralph’s. By not including them in the premium pay mandate, Moreno and Valencia are essentially saying their health isn’t worth the premium pay mandate’s increase to their employers’ labor costs.
Or maybe its because workers at these smaller stores aren’t paying dues to the United Food and Commercial Workers, the union lobbying for this measure.
Premium pay is a bad idea. It harms businesses and consumers – especially poor and working families who are disproportionately harmed by increased food prices and store closures.  Restricting its reach and duration doesn’t make it any less bad – but does tacitly acknowledge its harmful impacts.
Keep in mind the underlying premise of premium pay mandates has been hollowed out by events. Orange County is heading into the Yellow Tier, the least restrictive tier. Positivity rates have plummeted. Anyone who wants a COVID vaccination can get one. Indeed, 60% of eligible Anaheim residents have received at least their first COVID vaccine shot, while the vaccination percentage. Among the most vulnerable residents – those 65 and older – vaccination rates range from 74% to 86%, depending on which part of Anaheim.  The upshot of huge investments in workplace safety protocols is that employees are actually less likely to contract COVID on the job than outside the workplace.
The Centers for Disease Control and Prevention now says vaccinated people don’t need to wear masks indoors. Case rates are so low that pandemic restrictions are set to be lifted on June 15.
In other words, the ostensible rationale for premium pay doesn’t hold water. It is completely arbitrary – apparently the health of employees of Home Depot or Petco or Varsity Burger, for exmple, isn’t worth protecting.
At the end of the day, the premium pay ordinance crafted by Councilmembers Moreno and Valencia – with the connivance of Councilman Jordan Brandman – is an exercise in special interest politics. It’s kabuki theater – all three councilman are totally aware it has no chance of being adopted. And yet they are willing to waste the staff recources and the public’s time on a union appeasement measure that is certain to be rejected.
Avelino Valencia jose f. moreno 2021-05-14
Matthew Cunningham