Mayor Sidhu to Give State of the City Address On Wednesday, July 14 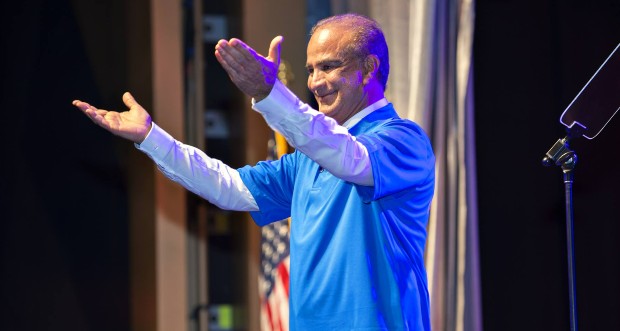 The traditional Anaheim State of the City address returns this Wednesday, July 14, after a two-year hiatus. Mayor Harry Sidhu headline the annual civic ritual to provide an update on where the city is and where it is headed.

Last year’s State of the City event was canceled due to COVID-19 pandemic restrictions imposed by the state.

Mayor Sidhu’s address comes against the backdrop of Anaheim’s emergence from a devastating and unprecedented economic shutdown  stemming from the emergency regime imposed by Governor Newsom. The Disneyland Resort closed its gates in mid-March 2020 and did not re-open them until last month. Occupancy rates at Resort Area hotels plummeted, forcing many hotels to close their doors and lay off staff. Businesses dependent upon tourism and convention traffic suffered enormously. Anaheim depends upon Resort tax revenues to support vital public services city-wide, and the shutdown tore a hole in the city budget.

Notwithstanding the severe impacts of the pandemic, the mayor has good news to tell and can point to a number of bright spots. Anaheim’s economy is rebounding very strongly as business restrictions have been lifted. Capacity limits on the Disneyland Resort have been rescinded (although the park is ramping up capacity at its own pace), the Anaheim Convention Center is welcoming trade shows again, and occupancy at Resort Area hotels is rising rapidly.

Under construction or coming down the pike are development and revitalization projects such as the Duck’s OC Vibe!, the redevelopment of the Angel Stadium site and building out the Platinum Triangle; West Anaheim revitalization spurred by the 39 Commons project, the Disneyland Forward initiative that promises to transform the Resort Area.