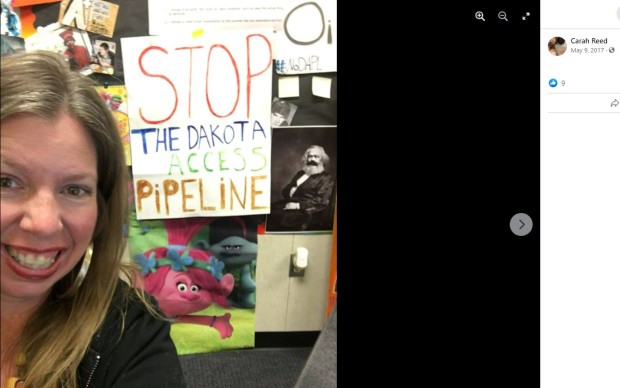 Critical Race Theory is in the news as parents across the country mount grass roots rebellions against embedding this Marxian ideology into K-12 curriculum. Several Orange County school districts – including the Anaheim Union High School District and Anaheim Elementary School District – have added Ethnic Studies to their curriculum or made it a graduation requirement. Last week, the National Education Association voted to support inclusion of CRT/Ethnic Studies in K-12 curriculum and fund a political campaign against its critics. Later this month, the Orange County Board of Education is holding forums to educate the public about CRT/Ethnic Studies (they are fruit of the same post-modern philosophical tree).

This post-modern, deconstructionist ideology has been creeping into school districts for years, usually in the form of Ethnic Studies. The George Floyd protests (and riots) emboldened its advocates to exploit the moment with organized efforts to push Ethnic Studies into K-12 curriculum.

Caught flat-footed by parental blowback, CRT/Ethnic Studies apologists are spinning furiously, denying CRT/Ethnic Studies is political and claiming it’s merely looking at past and current events through the “lens” of racial injustice. The more candid ones assail traditional U.S. History curriculum as “white-washed,” while Ethnic Studies/CRT offers students the “true” history fo their country.  Others condescend that critics “just don’t understand” it.

The reality is CRT/Ethnic Studies advocates are a part of an ideological movement. They think it is appropriate for teachers to use their positions to inculcate that world view in to minds of their impressionable young charges. To them, the ubiquity of “systemic racism” is self-evident, as are the “white supremacy” and “white privilege” it is supposed to uphold.

Take, for example, Carah Reed, who teaches Ethnic Studies in the Santa Ana Unified School District. She’s sees nothing inappropriate about bringing her Marxist politics into the classroom.

Here is photo of Reed’s bulletin board that she posted on her Facebook page: 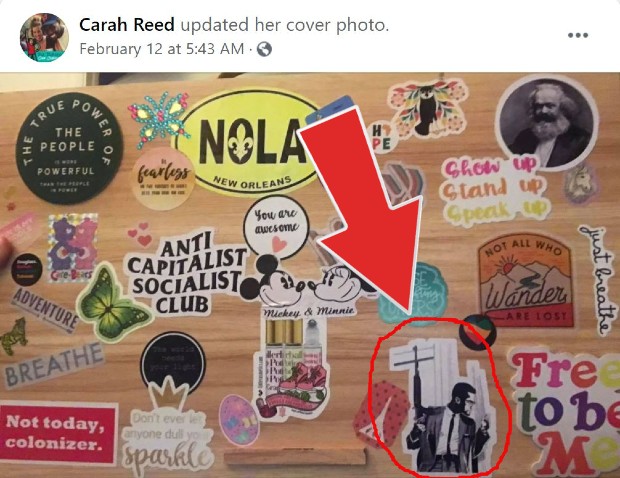 Note the image of Malcom X brandishing an assault rifle – plus a portrait of Karl Marx and an “Anti-Capitalist Socialist Club” decal.

Reed has an affinity for violent Marxist revolutionaries, which she brings into her classroom. Take this May 27, 2020 photo from Reed’s Facebook page: in the back left corner of her classroom, one can see a poster of a Zapatista revolutionary carrying an M-16 automatic rifle: 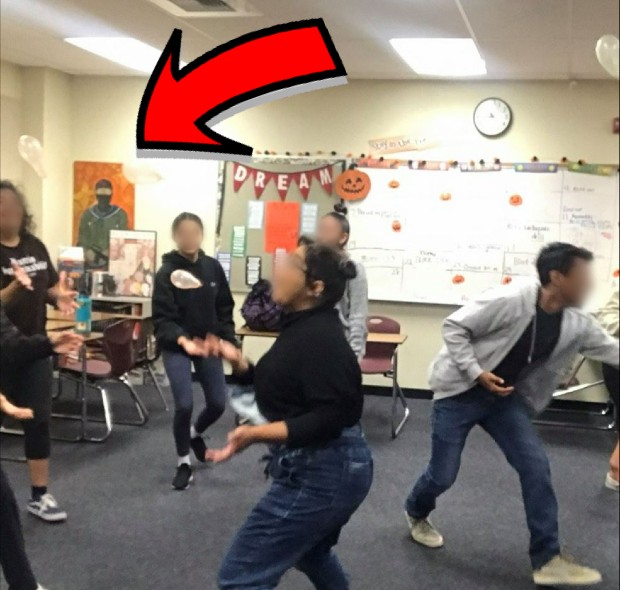 Here’s a cute and cuddly – and armed – Zapatista guerilla:

Violent gun imagery in a school district that prohibits students from wearing clothing with Old English lettering due to associations with gang violence.

Anaheim Independent asked the Santa Ana Unified School District about the use of this imagery by Reed in her classroom, and recevied this reply from district spokesman Fermin Leal:

We can’t provide comment on these photos since we don’t know the context behind them (when, where, or why they were taken). It’s also our policy not to comment on a specific employee. Regardless, SAUSD will always support civility and encourages an engaged school community through respectful and peaceful free exchange of ideas.

In another photo of Reed’s Ethnic Studies classroom, you can see the iconic image of ultra-violent Che Guevara, under whimsical “Dream” word art: 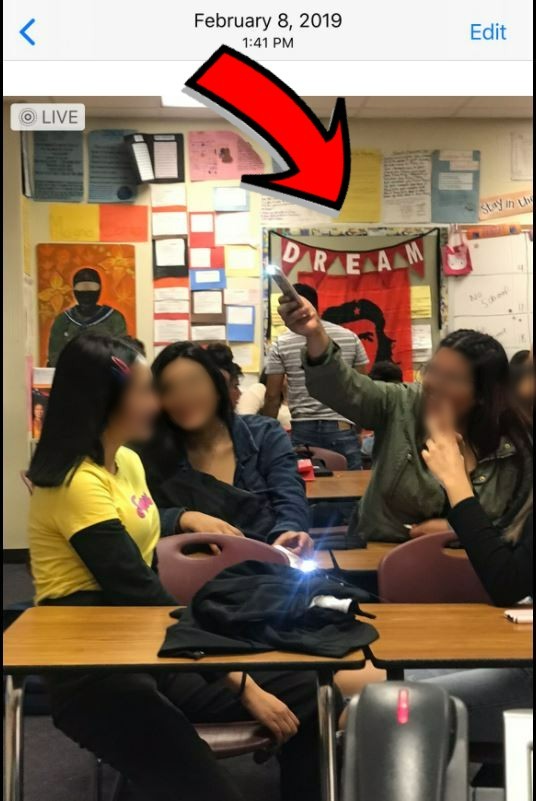 Guevara was a blood-thirsty murderer. Ethnic Studies teachers like Reed often contend they’re teaching “true” history. One has to wonder if Reed educates her students about Guevara’s disregard for human rights. Here’s Guevara’s view on due process:

“To send men to the firing squad, judicial proof is unnecessary. These procedures are an archaic bourgeois detail. This is a revolution! And a revolutionary must become a cold killing machine motivated by pure hate.”

“The black is indolent and a dreamer; spending his meager wage on frivolity or drink; the European has a tradition of work and saving, which has pursued him as far as this corner of America and drives him to advance himself, even independently of his own individual aspirations.”

Question: why is Reed lionizing a violent white supremacist in her classroom? Maybe it’s ignorance. Or maybe she thinks Guevara’s violent Marxism compensates for his racism – neither possibility commends her expertise for teaching “true” history.

One thing’s for sure: Reed is a real fan of Communists. Not just famous-but-minor Marxist-Leninists like Guevara.  But the big boys in the Communist pantheon: Karl Marx, Mao Zedong, Ho Chi Minh, Fidel Castro. 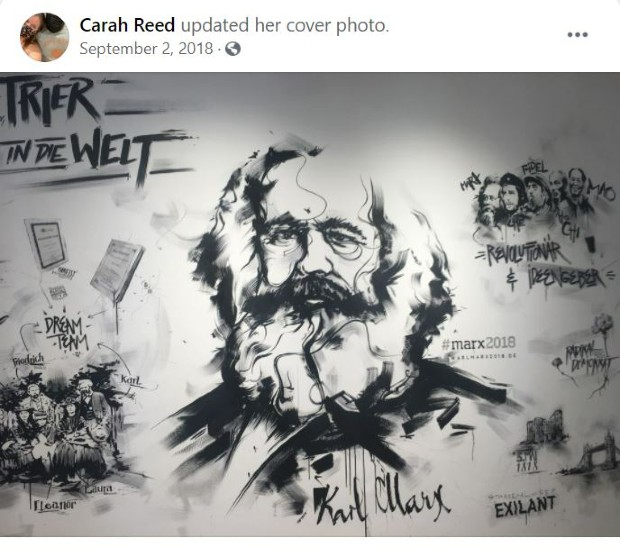 Here’s a photo Reed posted of a friend’s office. It’s a shrine to Communist totalitarianism. Reed commented how it made her feel “so inspired.” 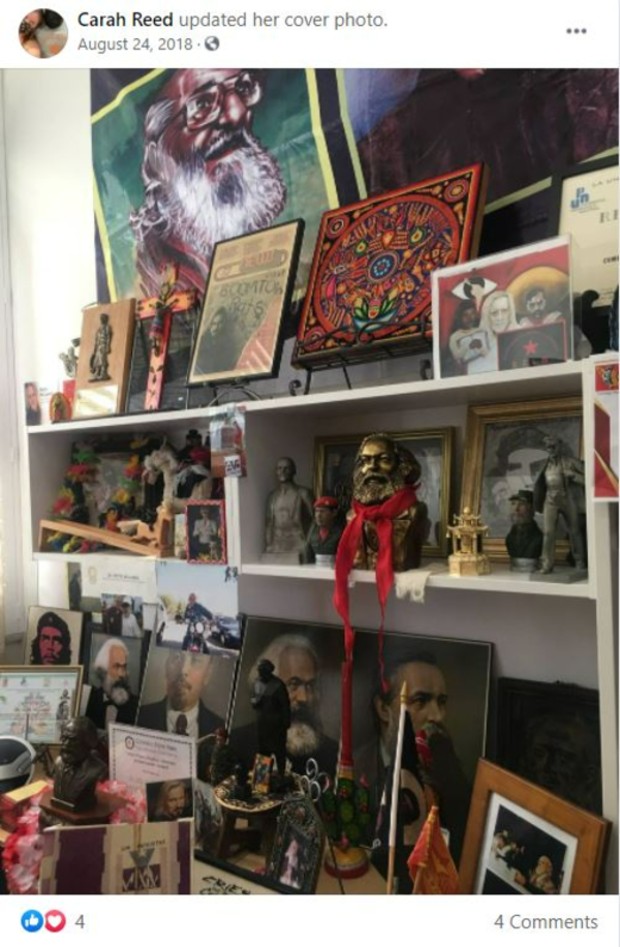 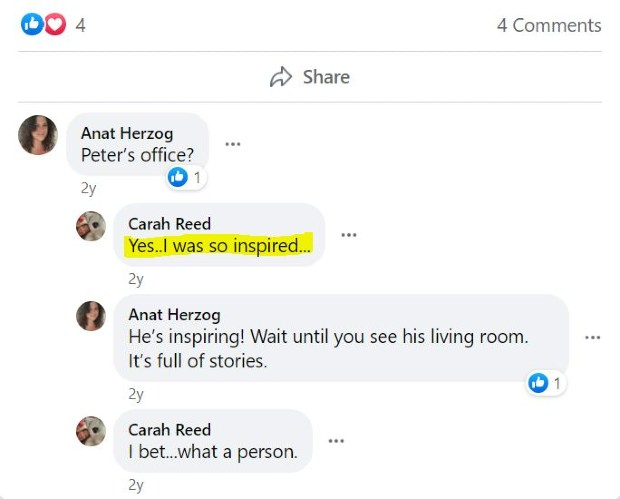 Communism is the deadliest ideology in human history. It’s led to the deaths of more than 100 million people – and counting. The men Reed finds so “inspiring” are the biggest mass murderers in human history. Vladimir Lenin erected a totalitarian state that terrorized its citizens, liquidated entire classes of people and ushered in World War 2. Mao’s policies are responsible for the deaths of as many as 60 million Chinese.

But to Reed, they are “inspiring.” And why is someone who finds such diabolical individuals inspiring entrusted with the molding the political views of impressionable young students?

Another figure Reed apparently admires: Louis Farrakhan, leader of the Nation of Islam and a notorious anti-Semite: 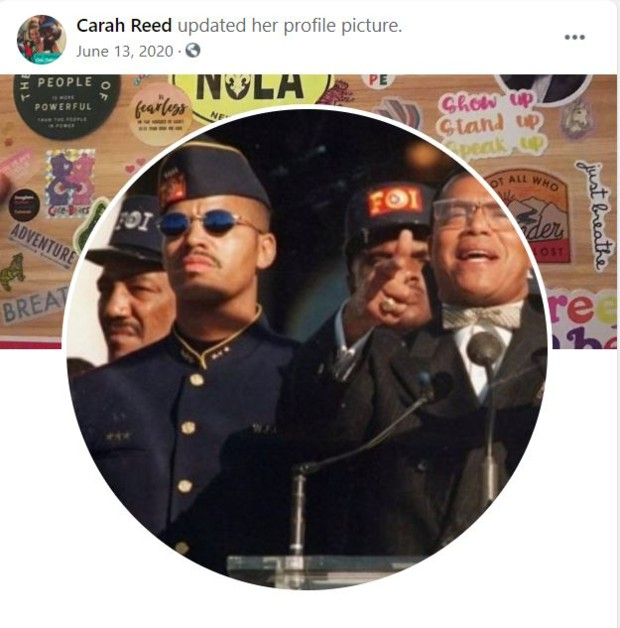 Reed is not a weird outlier, but an example of the intrinsically political nature and purpose of incorporating the Ethnic Studies ideology into public school curriculum.