On July 24, the Orange County Board of Education is sponsoring a panel discussion about Critical Race Theory and its ideological twin, Ethnic Studies. Both are are sweeping out of the academy and into K-12 education, corporations and government. 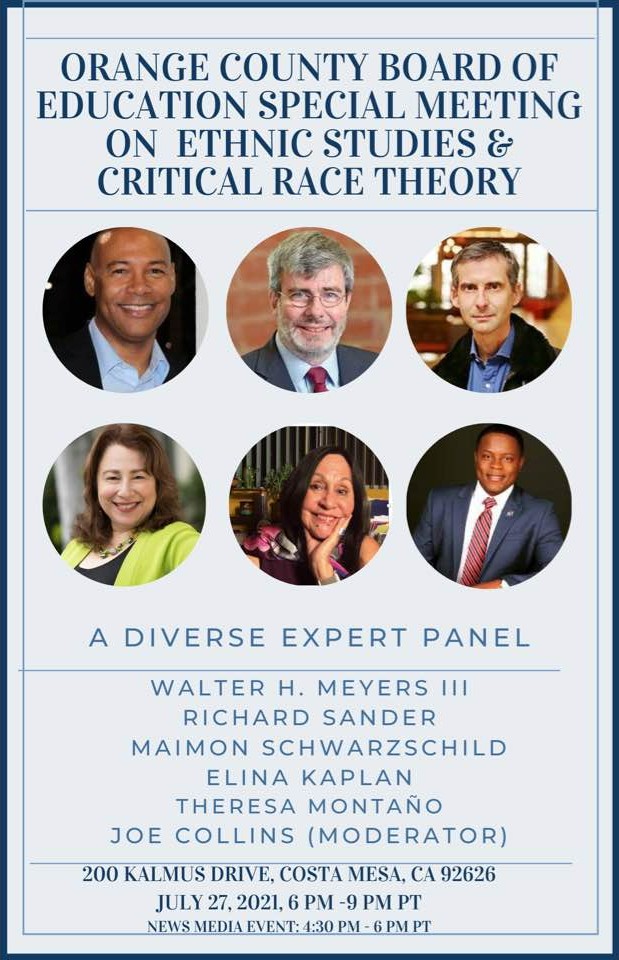 The OCBE panel was chosen by OC Board of Education members, and includes panelists who are both opposed to and supportive of CRT and Ethnic Studies.

Ethnic Studies has been steadily penetrating Anaheim public schools beginning with the Anaheim Union High School District after progressive political activist Mike Matsuda was appointed superintendent. It was introduce there by history teacher Jose Paolo Magcalas with the state goal of “liberating” students from the “oppression” of “Eurocentric” U.S. history curriculum.

The AUSHD Board of Education recently voted to force students to take Ethnic Studies in order to graduate from high school.