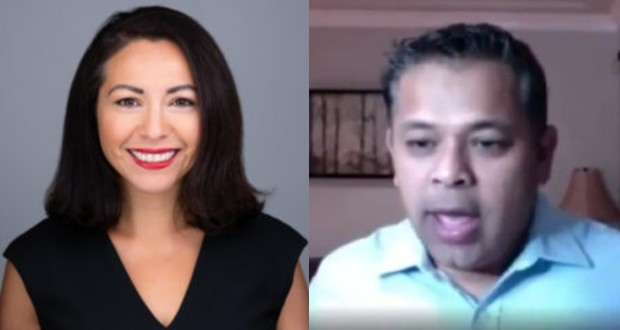 Two serious candidates, representing different wings of the Democratic Party, have entered the lists in recent weeks to contend for District 3 in the 2022 election.  Left-wing Councilman Jose F. Moreno, who currently represents District 3, is termed out.

Natalie Rubalcava and Al Jabbar both pulled papers in recent weeks. Rubalcava is a moderate, pro-business Democrat while Jabbar is a left-wing Bernie Sanders supporter.

As COO of the OCBC, Rubalcava works with Orange County businesses and non-profit organizations to promote economic development.

Rubalcava also serves on the Orange County Fair Board, to which she was appointed by Governor Jerry Brown in 2018. She volunteers on Concordia University Irvine’s Hispanic Leadership Advisory Board, the Chrysalis Orange County Advisory Council, and Anaheim’s Housing Element Update Committee. Several years ago, she served on the Anaheim Community Services Board.

Rubalcava lives in the Colony District with her husband and two daughters. She earned a Political Science degree from California State University, Fullerton, and a Juris Doctorate degree from the University of La Verne College of Law.

Jabbar is long-time union activist whose political stances land him squarely on the left-end of the political spectrum.

He is a long-time political ally of Incumbent Councilman Moreno. Jabbar was campaign manager for Moreno’s 2016 council campaign, and has been described by several Democratic insiders as Moreno’s political consigliere.

Jabbar’s day job is deputy chief of staff for 4th District Supervisor Doug Chaffee. Jabbar backed union candidate Joe Kerr over Chaffee in the June 2018 primary, but managed to wangle his way onto Chaffee’s supervisorial staff after Chaffee edged out Tim Shaw in the run-off. According to knowledgeable sources, it was part of a deal for Kerr’s endorsement of Chaffee. 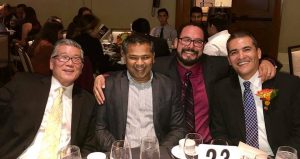 Al Jabbar and his political allies.

Jabbar has since been re-elected twice. His tenure has been marked by strong support for Superintendent Mike Matsuda progressive agenda and use of district resources to fight charter schools, and for the district’s unions. Jabbar is critical of standardized testing and voted to make Ethnic Studies – an offshoot of Critical Race Theory – a requirement for graduation from the AUHSD.

This spring, Jabbar emphatically denied there was any learning loss stemming from the pandemic-shutdown of AUHSD schools. Jabbar went so far as to request that district staff not use the phrase “learning loss.”

Nelson, a Republican, has been a perennial candidate since council districts were created. He ran for the District 3 seat in 2016 and 2018, and pulled papers for the 2022 contest back in January of 2019.  It’s unclear why Nelson continues to run: he never raises enough money to mount a serious campaign, and winds up being more of a spoiler. In 2018, for example, he loaned his campaign $10,000, spent $7,695 and garnered just 15.1% of the vote.

Tony Martin ran for mayor in 2018, finishing last in a field of eight candidates, with 1.5% of the vote.

Although city council seats are officially nonpartisan – that is, candidates’ party affiliation isn’t listed on the ballot –  District 3 leans Democratic in terms of voter registration:

While council district lines will be revised early next year to reflect the results of the decennial Census, the partisan balance is unlikely to change appreciably under the new lines.

As it stands, the District 3 race is shaping as a contest between Rubalcava and Jabbar; between a pragmatics, pro-jobs, solutions-oriented Democrat and an left-wing progressive driven primarily by ideology.