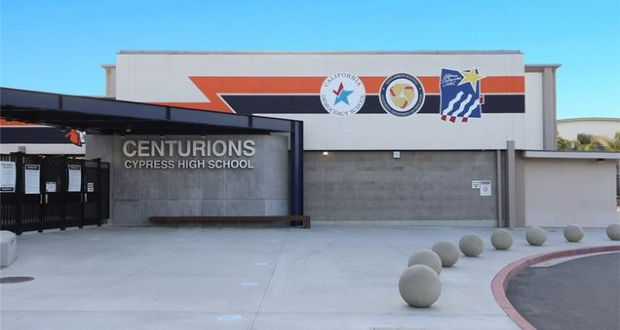 A New York City-based advocacy group hired to implement a “racial equity” program at two Anaheim high schools, came under fire in 2019 for telling NYC school parents that one of the reasons for Asian-American students’ success is “proximity to white privilege,” and further claimed they “benefit from white supremacy.”

In July of this year, the Anaheim Union High School District Board of Education unanimously approved an $80,000 contract with the Center for Racial Justice in Education (CJRE) to implement its “Racial Justice In Organizations” program at Katella and Cypress high schools. You can read our previous coverage of this issue here, here and here.

The city of Cypress has a significant population of Asian-Americans and Asian immigrants, and Asian-American students make up nearly half of the student body at Cypress High School.

The CJRE espouses a radical ideology of race that is far out of step with how the great majority of Americans view racism and racial equality.

According to district spokesman John Bautista, Katella and Cypress high schools were chosen for geographical reasons: one is at the east end of the school district and the other is at the west end.

During a parent training it was conducting on behalf of the  NYC Department of Education, CRJE trainers told a group of 30 there is a hierarchy of racial advantage in the U.S, with white people at the top and black Americans at the bottom, according to a May 26, 2019 article in the New York Post:

[Ingrid] Flinn, who has an adopted Asian child, noted that Asians were never mentioned in the
presentation and said that she felt compelled to ask about their status.

The presenters told the room that Asians were on the upper rungs, enough in “proximity to
white privilege” to “benefit from white supremacy,” Flinn recalled.

The incident triggered condemnation from Asian-American groups, according to the Post. For example, a spokesperson for the Chinese American Citizens Alliance of Greater New York  called the CRJE’s painting of Asians as de facto whites “racist and divisive.”

Vanessa Leung, a member of the Coalition for Asian American Children and Families and of City Hall’s School Diversity Advisory Group, said she supports integration efforts but also blasted the panel’s categorization of Asians.

While Cypress may have been chosen for geographic reasons, the district’s choice of an advocacy group with an inflammatory apporach and track record of controversy to conduct “racial equity” training raises troubliong questions about AUSHD’s leadership.  Asian-American students are a plurlaity of the Cypress High School student body. Why would the district send in a “racial equity” consultancy that reduces Asian-American success to “proximity to white privilege.”

Think about it. The intent of the AUSHD contract is for the CRJE to train Cypress educators to view their classrooms through a “racial equity lens” and incorporate “anti-racist” ideology into how they teach their students. So, you have a case where Cypress High School educators will be trained by an anti-racist activist group that believes many of their students owe their acheivements not to talent ands hard work, but access to an imagined white supremacist power structure.

So much for the district’s slogan, “Unlimited You.”