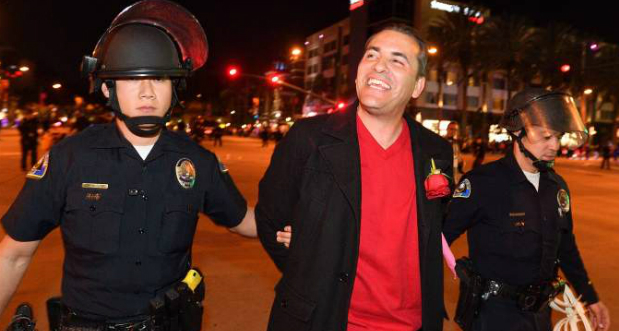 Termed-out Councilman Jose F. Moreno, a left-wing Democrat, is considering mounting a primary challenge against either Representative Lou Correa or Assemblyman Tom Daly – both of whom are traditional liberals.

Appearing on September 20 on “Itz Happenin,” an online political discussion program for local progressives, Moreno was asked about any political plans in 2022 (the District 3 councilman is termed out).

Moreno said he was considering a primary challenge to Rep. Lou Correa, now in his third term representing the 46th Congressional District in central Orange County. Although he didn’t refer to Correa by name, it was plain to whom he was referring.

Moreno attacked Correa as a “really bad lawmaker” who has “pulled the wool over so many eyes” and is “very comfortable with children in cages in the Middle East but want to talk about children cages here on our border” – presumably referring to Correa’s support for Israel against aggression from the Hamas terrorist organization.

Moreno also scored Correa for not supporting “Medicare for All” – the Bernie Sanders proposal that would outlaw private health insurance and force everyone into a government-run health care system – and for receiving campaign contributions from fossil fuel energy companies.

“I don’t like Lou the politician, because that’s all he is,” said Moreno, who is a professor of Chicano Studies at Cal State Long Beach. “He represents everything that is hurtful to young people as they look at politics.”

Moreno also held out the possibility of running against  Assemblyman Tom Daly, who represents the 69th Assembly District. Daly served as an Anaheim councilmember and then two-term mayor of Anaheim, followed by a stint as the Orange County Clerk-Recorder. He was elected to the Assembly in 2012. He defeated close friend and political ally of Moreno – Julio Perez – in the primary in the heavily Democratic district.  Perez was later fired as executive director of the Orange County Central Labor Council following allegations of sexually harassing staff.

Moreno claimed it was a “struggle to get him to vote for the right things” – the right things being defined in Moreno’s mind as progressive-Left policies such as rent control.