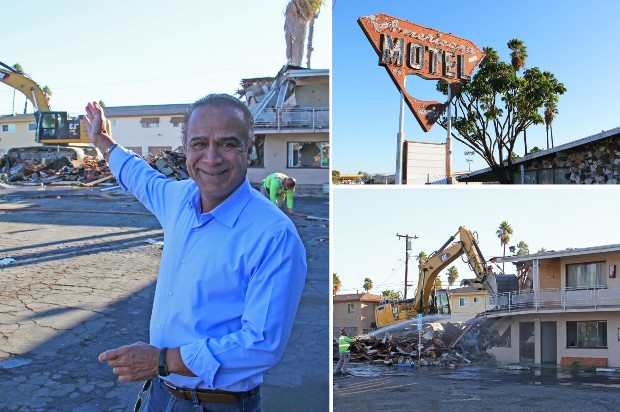 West Anaheim revitalization passed a major milestone yesterday with the demolition of the Americana Motel on Beach Boulevard, a classic example of post-war Googie architecture that had declined into a dilapidated public nuisance, ending it’s life as a sober living home.

The city saved the iconic Googie neon sign and is in talks with a neon museum to preserve it.

The motel is being cleared away to make room for future development (which includes adjacent sites) that will be re-developed as:

The 7.3 acre project is being steered by Greenlaw Development, and will complement the neighboring 39 Commons mixed-use development across the street (another Greenlaw project). 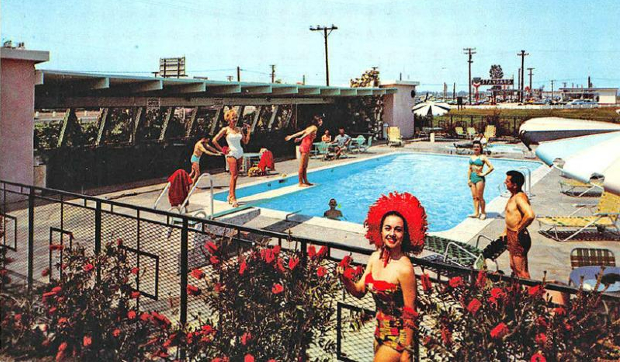 The 44-room Americana motel originally opened in 1958 – one of many space-age looking motor lodges that sprung up in Anaheim to accommodate visitors to Disneyland and Knott’s Berry Farm. It’s the third motel on Beach Boulevard in West Anaheim to be demolished as part of revitalization: the Silver Moon Motel was torn down in 2002, and Lindy’s Motel met its end in 2017.

On hand to witness the demo crews tear down the Americana, Anaheim Mayor Harry Sidhu observed, “This is our commitment to west Anaheim in action.”

“The demolition of the Americana Hotel is the next step in bringing new development and new investment to Beach Boulevard, and driving prosperity to West Anaheim,” said District 1 Councilman Jose Diaz, who was also on hand to observe the demolition. “I was thrilled to witness this important milestone, which is the result of a lot of work.” 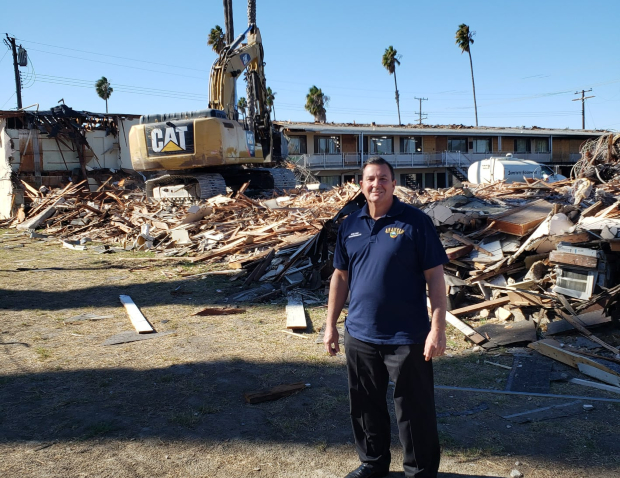 The 1.5 miles of Beach Boulevard that run through Anaheim has become the focus of intense re-development efforts in recent years. A 65-townhome community at the northeast corner of Beach and Lincoln Avenue called Nolin is expected to be completed in 2022.

The 39 Commons project will feature for-sale homes and high-end, specialty grocery store, shops, restaurants, services, community spaces and potential commercial uses. Construction is expected to begin next year, and the project opening in phases over the next several years.