Anaheim To Launch Intensive Campaign To Clean Up Beach Blvd. In January 2022 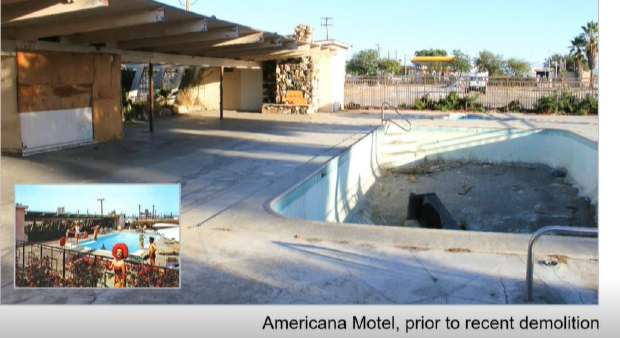 In January of 2022, the City of Anaheim will launch an ambitious, comprehensive campaign to revitalize it’s section of Beach Boulevard in West Anaheim, which runs from Lincoln Avenue south to Ball Road. City staff presented to the city council during a public workshop on Tuesday.

There will be an immediate focus on proactive code enforcement and crime prevention, paralleling existing economic development efforts aimed at attracting new housing and higher-end retail, entertainment and shopping options for West Anaheim residents, along with city investments in neighborhood improvement.

Mayor Harry Sidhu expressed his excitement about the campaign, noting it has been a top priority for him since his 2018 election, and vowing the city is “ready to spend the money” to see the revitalization effort through.

“This has been my main goal from Day One,” said Councilman Jose Diaz, who represents the westernmost portion of Anaheim and lives near Beach Boulevard. “It is the reason I ran for city council. This is inspiring. I am thrilled with this.”

The tip of the revitalization spear is the Neighborhood Improvement Program (NIP), as it has been dubbed – an intensive, year-long effort targeting businesses that are crime-generators, such as the dilapidated motels that serve as magnets for criminal activity.

Code enforcement is traditionally conducted on a reactive basis – responding to complaints. The NIP flips that paradigm in favor of a proactive enforcement approach to problem properties and businesses utilizing a three-pronged strategy:

Essentially, the city is adopting a zero-tolerance approach to problem businesses and properties whose negligence and lassitude is bringing down the community’s quality of life.

City staff described it as an “all hands on deck” campaign involving community stakeholders and collaboration with Buena Park and Stanton, aimed at “improving or phasing out of problem motels;” tackling human trafficking, drugs and homelessness, and “reducing crime, blight and other quality of life issues.”

The enforcement effort will be conducted parallel with a larger revitalization effort being mounted by the city:

Strategic acquisition of proprieties for the development of both market rate and affordable housing.

A new “Commercial Improvement” program to enhance the aesthetics of Beach Boulevard by encouraging investments to give commercial properties facelifts and enhance the streetscape. This program will also launch in January 2022, with $1 million in community development grant funding allocated to the effort.

Investing $14.5 million to underground utilities along the corridor. This major beautification project is expected to begin in early 2023.

Increased investment in neighborhoods, such as a conceptual idea to create park-like landscaping at street corners, such as this concept for the corner of Beach and Rome: 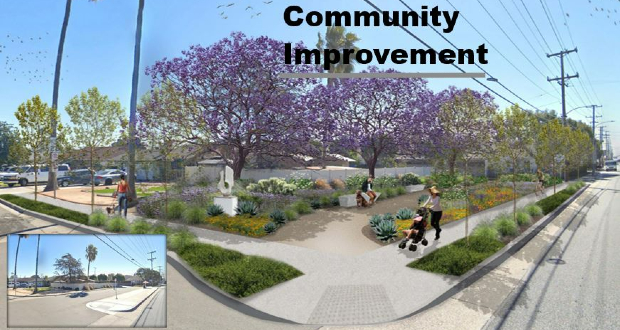 Caltrans will relinquish control of Anaheim’s stretch of the corridor, giving the city more control and power to create opportunities to beautify the Boulevard and facilitate investment on private property.

The economic revitalization of the Anaheim stretch of the iconic corridor is already well under way. Construction is under way of the 39 Commons project at the northeast corner of Beach and Lincoln, which includes 65 new for-sale townhomes, and attractive retail, entertainment and dining opportunities, and a high-end supermarket.

Another milestone was the recent demolition of the Americana Motel, clearing the way for additional housing at the southeast corner of Lincoln and Beach.

“From my earliest days as mayor, I have made the rebuilding of Beach a top priority of our city,” said Mayor Sidhu. “Long term redevelopment will transmform Beach. That is already happening at Beach and Lincoln. In the years to come, redevelopment will work its way all the way down Beach.”