Former Trustee Tim Shaw Returns To OC Board of Education

Posted by: Matthew Cunningham in Government & Politics, OC Board of Education December 21, 2021 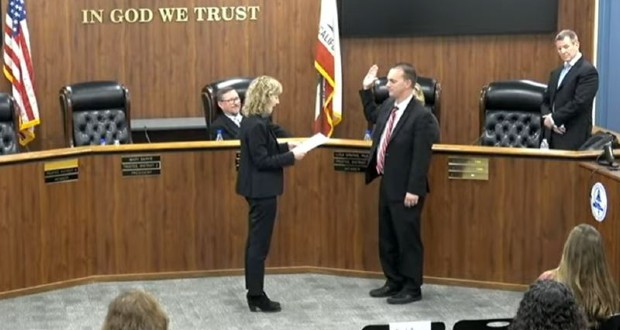 Former Trustee Tim Shaw, who resigned last month from the Orange County Board of Education rather than incur the enormous expense of a politically-motivated “incompatible offices” lawsuit, was appointed this evening to fill the 4th District vacancy created by his resignation.

Shaw was a long-time member of the La Habra City Council when he was elected to the OCBE in March of 2020, defeating three other candidates. Among the losing candidates was Paulette Chaffee, the wife of Orange County Supervisor Doug Chaffee.

Two years earlier, Shaw ran for the Orange County Board of Supervisors, but was narrowly defeated by Paulette Chaffee’s husband Doug.

In November 2020, Shaw was re-elected to the La Habra City Council, on which he has served since 2008.

In January 2021, am incompatible-offices lawsuit was filed by Melissa Louden, a close friend and political ally of Chaffee. The lawsuit alleged an inherent conflict-of-interest in serving on both the OCBE and the La Habra City Council.

Shaw says he believed he would prevail in litigation, pointing out that incompatibility only comes into play where there is a “significant clash of loyalties” between the two offices.

“Clearly there are no ‘significant clash of loyalties’ between the La Habra City Council and OCBE in the normal understanding of those words,” said Shaw.

“The financial exposure and risk to my family was simply too great to go through with litigation. Therefore, I am making the difficult decision to resign from the OCBE rather than incur the financial hardship of litigating this matter,” said Shaw in a statement.

Resignation from the OC Board of Education was Shaw’s only path to rendering the lawsuit moot, since he was re-elected to the La Habra City Council after his election to the OCBE. The law requires keeping the office to which one was most recently elected, and resigning from the other.

This evening, December 21, the OC Board of Education held a special meeting to fill the vacancy from a pool of seven applicants – including Shaw and Chaffee.

Earlier in the day, Shaw resigned from La Habra City Council, removing any potential legal obstacle to his re-appointment.

During his comments to the Board, Shaw emphasized that he was the top vote getter in March 2020, garnering 6,000 more votes than the second-place candidate, as well as his commitment to maximizing school choice and empowering parents, supporting charter schools, ensuring parents seeking inter-district transfers receive a fair hearing, and engaging the public in open discussion of radical education philosophies such as Critical Race Theory.

OC BOard of Education member Ken Williams moved to appoint Shaw. Board members Mari Barke and Lisa Sparks supported his motion, and member Becky Gomez (who is also a member of the Tustin City Council), voted “no.”  Shaw was sworn in immediately afterward.