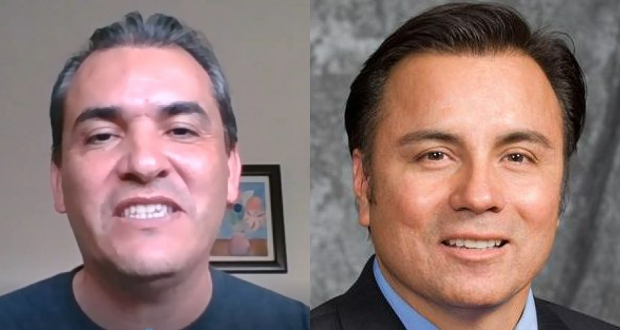 Progressive activists seeking to derail the 2019 agreement keeping the Angels in Anaheim and selling the stadium site to the team owner have filed court documents claiming the negotiation was conducted in “secret” and violates the Brown Act. The filing raises the question of whether a current and a former city official violated the Brown Act in an attempt to prove the city violated the Borwn Act.

Current Councilman Jose F. Moreno and former City Manager Chris Zapata both signed declarations claiming the city council decisions to negotiate the sale of the stadium to Angels’ owner Arte Moreno were made during closed session meetings. Zapata was city manager from July 2018 until April 2020, when he was forced out by the city council.

On December 4, the city announced it had reached agreement to sell the stadium site to SRB Management (an Arte Moreno-led partnership) for $320 million (it’s appraised value when keeping the team and a stadium) while keeping the Angels in Anaheim until at least 2050. SRB Management would be solely responsible for financing renovation of the existing stadium or building a new one.

On December 20, 2019, the city council approved the agreement after one of the longest City Council meetings, with the highest volume of public input and public comment, in recent City history. The stadium sale agreement has been loudly, vigorously, publicly and continuously discussed for the past 26 months.

Councilman Jose F. Moreno has vociferously opposed the agreement throughout, including making dubious claims that the stadium site is worth $1 billion or more. It’s an open secret in Anaheim politics that Moreno’s goal is to tank this deal to block to undermine Mayor Harry Sidhu’s re-election campaign.

His and Zapata’s declarations are part of a lawsuit filed by the so-called People’s Homeless Task Force, a small group of progressive activists who organize under different names, depending on the political issue. They are closely allied with Councilman Moreno.  The lawsuit claims the agreement violates the Brown Act, and they have been pushing the narrative of a “secret” deal – with the help of sympathetic coverage by the Voice of OC.

It’s important to note that a city council’s closed sessions are, by definition, “secret” and the law forbids  participants to disclose what is said during closed sessions.

This raises the question of whether Moreno and Zapata violated that prohibition. They would need court permission to divulge what they claim happened during those closed sessions, and it is unclear if they had such permission.

The city vigorously denies the lawsuit’s claims and defends the negotiating process as appropriate and legal, viewing  the litigation as part of a political effort to derail the Angels agreement.

“Some simply don’t want to see a stadium agreement go forward for their own reasons, and this claim and much around it reflects that,” said city spokesman Mike Lyster in a statement. “People are entitled to their views. But just because something doesn’t go your way does not make it unlawful.”

His ruling is available here.

The lawsuit was filed by the owner of an adjacent property, who claimed Mission Viejo city officials failed to appriove an exclusive negotiating agreement with the Stein Mart prioperty owner before engaging in closed sessions negotiations.

This is very similar to the claims being advanced by the “People’s Homless Task Force.”

The City of Mission Viejo responded the lawsuit was an attempt by the adjacent ladnlord to stop the transaction:

In it’s court filing, the city stated the litigation was an instance of “a wealthy commercial landlord misusing a public interest law to thwart the public’s interest in revitalization,” adding that residents were properly notified of the relevant closed door sessions.

Given the similarity of circumstance and in plaintiffs’ respective claims, Judge Crandall’s decision does not augur well for litigation against the Angels agreement.