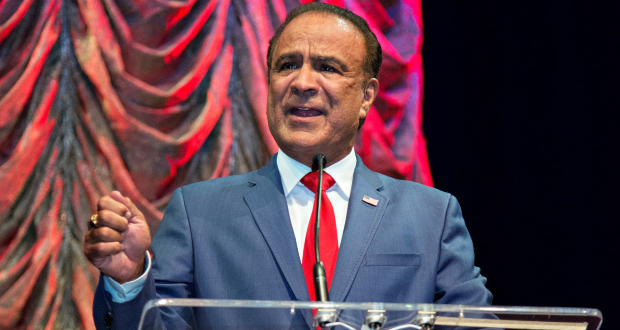 Mayor Harry Sidhu’s campaign announced he has set a fundraising record for an Anaheim mayoral re-election campaign, reporting more than $325,000 raised and $310,000 cash-on-hand.

Sidhu was elected mayor in 2018, edging out attorney Ashleigh Aitken, who outspent him by $60,000. An immigrant from India, he is the first person of color to serve as mayor of Anaheim.

“I am grateful to all of the people supporting my re-election campaign, and I will continue raising funds to ensure that my campaign has the resources to tell the voters the whole story of the great Anaheim comeback,” Sidhu said. “I am excited to communicate with voters about how the City Council and I have led our city through an unprecedented pandemic to begin restoring our economy.”

Aitken’s end-of-year haul is off the mark from the end-of-year total from her first mayoral run. Back then, the first-time candidate raised $379,701.10 by the end of 2017.

The dynamics this time around are different than 2018. For starters, Sidhu is the incumbent mayor rather than a challenger running for an open seat, and he has a record on which to run. While Aitken will work to paint that record in a negative light, Sidhu has a led-us-through-the-pandemic campaign narrative on which to run, and the city is rebounding from being especially hard-hit by Gov. Newsom’s pandemic shutdown policies. The anti-Trump fervor that ramped up Democratic turnout in 2018 is gone as the enthusiasm gap now runs in favor of Republican and more conservative-leaning independents. While the Democratic registration advantage in Anaheim is big, the enthusiasm gap works in Sidhu’s favor this time around.

One thing political observers across the spectrum can agree on is it will be a hard-fought and closely-decided election.