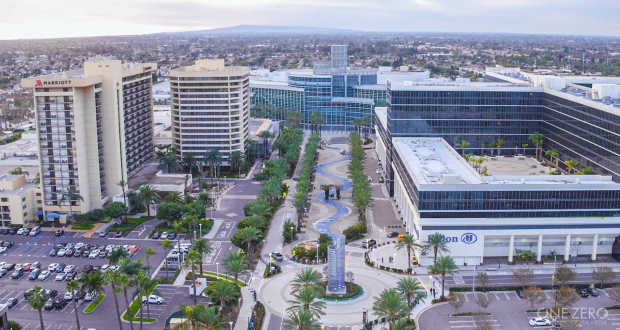 Anaheim’s rebounding economy is driving better than expected budget projections for the city.

For the 12 months through June, Anaheim now is projecting about $70 million in additional revenue from hotel, sales and property taxes than initially forecast in the city’s adopted budget for fiscal year 2021-22.

Hotel-stay tax, Anaheim’s largest source of revenue, is projected to reach a record $167.3 million this fiscal year, up from a devastated $30.3 million for fiscal year 2020-21, a level not seen since the 1990s.

The projected additional revenue reflects the strong rebound of Anaheim’s visitor economy, with people returning to hotels and spending money at the theme parks of the Anaheim Resort.

We’ve come a long way from the low of the pandemic fiscal crisis, when Anaheim saw more than $150 million in lost revenue as Disneyland and the convention center closed for 13 months from March 2020 to April 2021.

The pandemic financial impact was the largest and quickest our city has seen in modern times, surpassing what we saw during the Great Recession.

But through it all we said Anaheim’s outlook was bright, and that’s what we’re seeing today.

The rebound of Anaheim’s visitor economy and our city budget is good news for residents. It shows the resiliency of our economy, where visitors support services for residents and neighborhoods.

Revenue from visitors makes up about half of Anaheim’s $445 million in spending on police, fire, community services and city obligations.

While we got through the worst without major impacts on services to residents and business, we did so with the help of federal pandemic aid and some prudent financial bond borrowing of $130 million.

So far, we’ve only had to draw on $34 million of the $130 million borrowed with stronger than expected revenue from our economy.

The improved budget outlook affords Anaheim the ability to look at some additional spending, including a proposed $10 million in community improvements, with specifics still to be determined.

We’re also looking at setting aside $10 million to replenish the city’s cash reserves, which were drawn on during the financial crisis, and put another $10 million for city facility maintenance projects that where put on hold during the past two years.

Since mid-2021, Anaheim’s rebound has been driven by visitors to Disneyland, with only smaller events at the Anaheim Convention Center in the past few months.

That’s about to change with the return of Natural Products Expo West to the convention center next week. The show was the first to cancel at the start of the pandemic in early 2020.

The show, focused on organic food and healthy lifestyle products, is expected to bring about 60,000 visitors, many of whom will stay in hotels and spend money at restaurants and shops.

That will be followed by the June return of NAMM, a music industry trade show and the largest held in Anaheim.

Meanwhile, Disneyland continues to draw visitors, many visiting for the first time since the closure.

We thank you for your patience during the difficult past two years. But Anaheim is not only back, we’re back stronger!