Knives Out At Anaheim Democratic Club 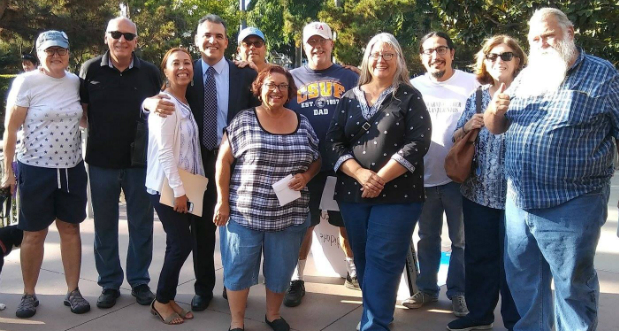 The Anaheim Democratic Club in happier times. Jeannine Robbins in the center.

The knives are out at the Anaheim Democratic Club.

Earlier today, Mrs. Robbins posted about the proposed defenestration on her Facebook page, reproducing the resign-or-be-expelled e-mail sent to her by Gavino:

So Jorge Gavino is trying to expel Mike and I from the Anaheim Dem Club because he did not get what he wanted during the voting meeting. He is taking advantage of the fact that out of the 5 board executive committee there are currently 2 vacancies leaving only 3 people able to vote. Here is a copy of my letter which is full of lies. Never once did I unmute myself and shout out- I did ,however, expose Jorge’s actions in calling members and talking negatively about other members as well as lying in these calls. Mike’s letter is posted also.—–Original Message—–

The purpose of this correspondence is to advise you that the Anaheim Democrats are initiating procedures to remove you from membership in the Club. We hope to amicably resolve this without the need for formal proceedings and to allow you to resign your membership and receive a refund of your dues without further disruption to the Club’s business. If you wish to engage in a formal process instead of voluntarily resigning, the basis for your proposed removal is set out below.

You have repeatedly engaged in conduct that demonstrates that you do not share these purposes of the Club, specifically demonstrating hostility to this club’s involvement with the Democratic Party, including its charter with the DPOC, and a desire not to engage in activities to the benefit of the party. This conduct includes: 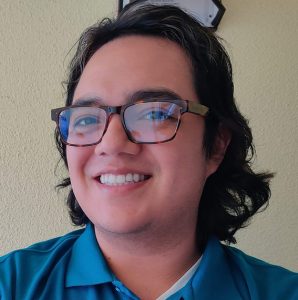 On March 10th, at the Anaheim Special Bylaws Meeting Meeting, you attacked and questioned the motives of other members of the club. You have also openly advocated for the separation of the Anaheim Democratic Club from the DPOC, which is a direct violation of our bylaws. You also targeted a guest after our meeting and continued arguing on social media, publicly disparaging the Anaheim Democrats.
Second, pursuant to the Anaheim Democrats Code of Conduct, members are prohibited from engaging in conduct that imperils the “welcom[ing] and safe” and “productive [and] inclusive environment” for the Club’s members and guests. The Code also prohibits “the creation of a hostile environment, that is, conduct that creates an intimidating, hostile or otherwise offensive environment.” Such conduct includes “any abusive yelling or screaming, other verbal threats, or disrespectful language (in any form) directed at a person.” You have violated these provisions by engaging in the following conduct:

On March 10th, the meeting was disrupted several times by you unmuting, shouting, and yelling out of order. Your comments were targeting members of the club and calling into question their motives, creating a hostile and unwelcoming environment, resulting in the loss of membership and complaints from other members. This has led to several members questioning their safety and involvement due to your continued outbursts and harassment of other members.

The Bylaws give the Executive Board discretion to remove a member for any conduct “prejudicial to the good order or best interests of the Club.” (Bylaws, Art. III, s. E.) Please contact Jorge Gavino (president@anaheimdems.org) within ten (10) days to notify us of your decision to move forward with formal proceedings or your resignation. If you would like to have formal proceedings, please confirm with Jorge Gavino your attendance at our upcoming Executive Board Meeting on Tuesday, March 29th, 2022 at 7pm on Zoom.

Thank you in advance for your cooperation.

In other words, Gavino wants to expel Jeannine Robbins for the same behavior she displays at every meeting of the Anaheim City Council.  Apparently, it’s OK for her to create an “intimidating, hostile or otherwise offensive environment” for mere members of the public her do not share her views by subjecting them to “outbursts and harassment.” Just don’t do it to Anaheim Democratic Club members.

The Anaheim Democratic Club Board of Directors are familiar fixtures of Anaheim’s progressive Left. The Board roster on the group website is out-of-date, so it’s unclear which of them is no longer a board member.