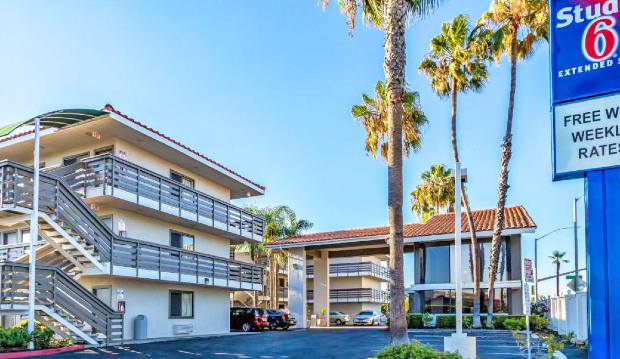 From the City of Anaheim:
Plans to convert a north Anaheim motel into affordable housing took a big step forward this week with the awarding of $26.5 million in California Homekey funding.
The grant will go toward acquiring the Studio 6 motel on Harbor Boulevard near the Riverside (91) Freeway for $18 million. The rest will go toward upgrades to rooms and public spaces.
“This state investment in Anaheim will bring a great return by changing people’s lives,” Mayor Harry Sidhu said. “This site will be the first step in breaking the cycle of homelessness and add to the growing supply of permanent affordable housing in our city.”
The city is looking to wrap up the acquisition by June with work starting after that.
The motel’s existing ownership already is working with us to provide interim housing at the site for those in need.
For the next few years, Anaheim plan’s to use the site as interim housing for those living in homelessness.
Longer term, the city is looking to convert the site to permanent supportive housing with stable homes and onsite support for long-term residents.
It will be the second motel conversion in Anaheim after Buena Esperanza, a former Econo Lodge in west Anaheim that now is supportive housing for about 70 people.
Anaheim is a leader in affordable housing with more than $80 million in rent assistance provided each year through the Anaheim Housing Authority and nearly 4,000 affordable apartments across our city, including those at 14 dedicated communities where each home is affordable.
2022-03-31
Editorial Staff