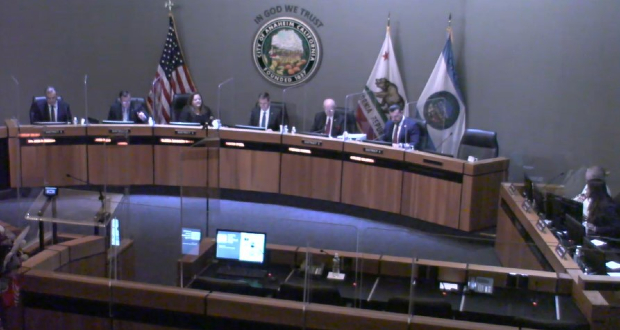 Anaheim Mayor Pro Tem Trevor O’Neil, in a letter also signed by Councilmembers Steve Faessel and Jose Diaz, is formally calling upon Mayor Harry Sidhu to resign, following the revelation he is the target of an FBI corruption probe.

In an affidavit filed last week, the FBI alleged Sidhu “shared privileged and confidential information with the Angels during stadium sale negotiations, actively concealed same from a Grand Jury inquiry, and expects to receive campaign contributions as a result.”

The letter was transmitted to Mayor Sidhu via his attorney, Paul C. Meyer.

“As Mayor Pro Tem of the City of Anaheim, I, along with City Council Members Stephen Faessel and Jose Diaz, am writing to formally request the resignation of your client, Harry Sidhu, as Mayor of  Anaheim,” read the letter:

“The deeply troubling issues that have come to our attention involving Mayor Sidhu since May 16, 2022, raise serious concerns and questions about his ability to continue as mayor of Anaheim.”

“I and my City Council colleagues now must seek to support the continuity of municipal government, uphold the
public trust and continue with the business of the City of Anaheim without the distraction and uncertainty created
by the federal investigation involving Mayor Sidhu.”

“We thank you for expediting this urgent matter. We thank Mayor Sidhu in advance for acting in the best interest of
Anaheim.”

On Tuesday, the Orange County Superior Court granted a request by Attorney General Rob Bonta to pause the stipulated settlement between the city and the state that cleared the way for a revised agreement selling the Angel Stadium site to SRB Management (a business partnership led by Angels owner Arte Moreno).

If Mayor Sidhu resigns, the council would have 60 days to appoint a replacement or schedule a special election.