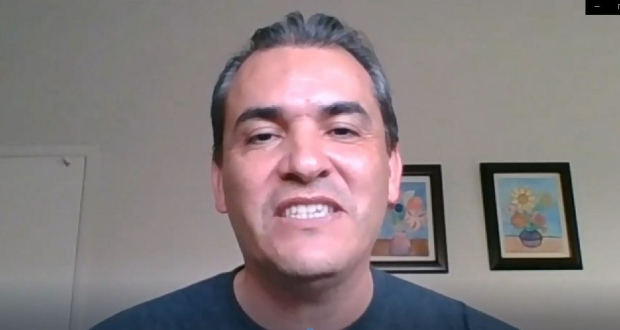 This evening, the Anaheim City Council will consider Councilman Jose F. Moreno’s idea of campaign finance “reform.” This is virtually the same proposal that the city council rejected in November 2019.

The FBI corruption probe into Harry Sidhu that led to his resignation as mayor has sewn confusion and chaos, which Moreno is now exploiting by resurrecting this so-called reform in hopes of cowing his colleagues into supporting it.

Moreno is essentially grafting Levine Act contribution rules onto Anaheim’s campaign finance ordinance. The Levine Act applies to regional, appointive bodies like the Orange County Transportation Authority Board of Directors – but expressly exempts governing bodies such as city councils and school boards that are directly-elected by the voters.

If adopted, councilmembers would be blocked on voting on items that would impact a third party (be it a person or organization), if the councilmember had received a campaign contribution of more than $250 from that third party in the preceding 12-months – with the significant exception of contracts with city labor unions.

That prohibition would be triggered even is that third party donated more than $250 to an independent campaign committee – which by definition is beyond a candidate’s control – if the IE committee wound up supporting an Anaheim councilmember.

The measure would also limits candidate fundraising to no more than a year before the election and more than 6 months after the election.

Moreno paints it as an effort to get “money out of politics” in Anaheim. However, imposing ever more restrictive campaign rules has a poor track record in that regard. Los Angeles has similar set of rules that is even more complex and restrictive – and it has done little to clean up LA city politics: the FBI has indicted three LA city councilmembers in the past three years.

In reality, this is an Alinsky-ite political thrust by Moreno – an attempt to to exploit the chaos, uncertainty and embarrassment generated by the FBI probe to disarm his political adversaries and strengthen his political allies. Applying a Marxian view of guilt as a collective phenomenon – a function class or group membership, not individual actions – the reforms will be presented as an opportunity for his council adversaries to atone. His goal is to align the city’s campaign finance rules with the influencing M.O. of the special interests with which he is aligned.

Moreno’s proposal would force council members to recuse themselves “from any action taken by the City that would impact a third party” that gave more than $250 to that councilmembers campaign within the “preceding 12 months.” It also prohibits such councilmembers from “making, participating in, or in any way attempting to use his or her official position to influence the decision impacting or involving a campaign contributor.”

The recusal requirement doesn’t apply to voting on city employee union contracts: councilmembers can accept maximum contributions from Anaheim’s bargaining units and still vote for the contracts. This is a convenient exemption for Moreno and his political allies, who rely on union financial muscle.

Who decides what actions or words run afoul of that very broad prohibition?

If a pro-business councilmember who has received $251 from a developer with a project in Anaheim, states on social media that the city needs to streamline its permitting process, does mandate a recusal when the project comes up for a vote?

Or if a “labor peace agreement” ordinance comes before the city council, would it force the recusal of progressive members who have publicly supported such policies while accepting campaign donations from labor groups?

Moreno’s proposal allows “any interested person” to file a complaint alleging a councilmember somehow violated the broad proscription in the ordinances, and the city would have to respond to each complaint.

It isn’t hard to image the ways in which that can be abused. It’s a recipe for gadflies and activists to gum up city operations and muddy disfavored councilmembers with meritless complaints, without any penalty for abuse. Activist groups could use the complaint process to leverage concessions from anyone with a project before the council, much as unions file CEQA complaints against developers in hopes of securing access to organizing workers.

Moreno wants to make this regulatory stew more unworkable by extending these restrictions to independent expenditure committees: the recusal requirement would “also apply if the third party made a contribution of over $250 to an independent committee which expressly advocates for the election of the Council Member.”

Keep in mind that independent expenditure committees are exactly that: independent. By law, they cannot coordinate with a candidate’s campaign, and candidate’s which these IE committees support have no control over the messaging or fundraising.

In other words, councilmembers would be forced to recuse themselves due to constitutionally protected free speech activity over which they have no control. Would a reasonable person consider that fair, just or soundly considered?

Again, the potential for abuse is apparent. Say an individual or organization has a project requiring city council approval but don’t want a hostile councilmember participating in the council deliberations. They could force a recusal by spending $251 on a Facebook ad “expressly advocating” for the councilmembers they want recused. Opponents of a project could use the same tactic to force the recusal of supportive councilmembers.

Moreno’s IE-recusal is half-baked and unlikely to survive a court challenge.

Then there are the restrictions on when fundraising begins and ends. Think about it: who can raise more money in a shorter period of time: incumbents and established figures? Or a first-time candidate?

Someone running for the first, or without personal financial resources, needs a longer runway to marshal an adequate campaign war chest. Giving them less time to do that puts them at a disadvantage vis-a-vis more established candidates.

Moreno’s proposal would reconfigure the part money plays in funding campaign activity, but it wouldn’t “get money of politics.” It’s animated by a Puritanical belief that people are easily corrupted, and no elected official can be trusted to vote based on his or her principles and the merits of an item if they have received a $251 campaign contribution from an applicant.

Founders understood that in the final analysis, it is the virtuousness of the people that restrains governmental power (and its abuse). Progressives like Councilman Moreno have it backwards. They belief politics can be purified and people made virtuous if the government imposes enough rules and regulations controlling how citizens are allowed to interact with it. When such “reforms” fail, progressive see it as proof that more regulation is needed, and on and on.

Moreno’s campaign proposal is unwieldy, imprecise, confusing and antithetical to free political speech. It was poor public policy when he first proposed it, and it is bad policy now.

It ought to be rejected.