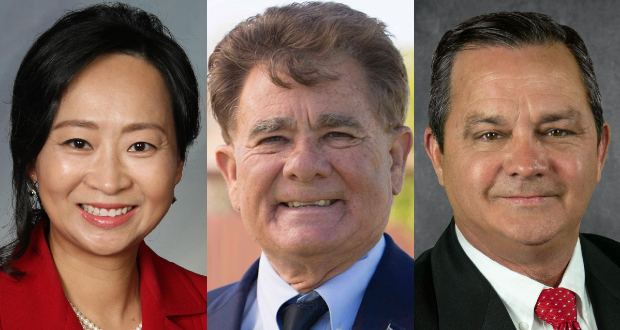 The primary election results in the 4th Supervisor District were certified over the weekend, formalizing what had been apparent for several days: incumbent Supervisor Doug Chaffee had narrowly scooted into a November run-off against Buena Park Mayor Sunny Park. 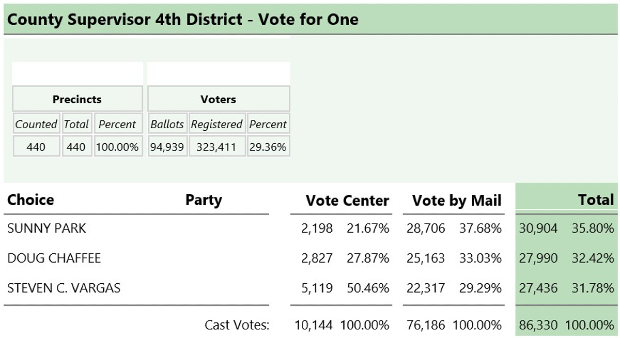 A city-by-city breakdown of the results reveals some interesting facts: 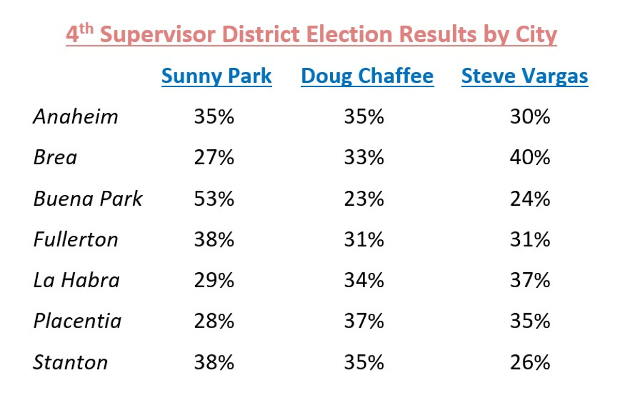 Park dominated the vote in Buena Park, where she was elected to the city council in 2020, winning 53% of the vote and making her first-place margin. All four of Park’s council colleagues endorsed Chaffee, who finished last in Buena Park.

By comparison, Chaffee ran exceptionally weak in Fullerton, finishing last behind Vargas by 58 votes. Chaffee has lived in Fullerton for decades and served for years on the City Council until his election as supervisor four years ago.

Chaffee’s ran strongest in Placentia. Ironically, in the OC Board of Education’s 4th District election – in which incumbent Tim Shaw faced off against Chaffee’s wife Paulette – Placentia was Shaw’s strongest city. It would seem Doug Chaffee had no election coattails for his wife.

While turnout will be larger and probably more Democratic in November, there remains the reality that almost one-thirds of 4th District voters opted for conservative Republican Steve Vargas. The question is which Democrat is better positioned to attract the support of those voters: progressive Sunny Park or middle-of-the-road Doug Chaffee?