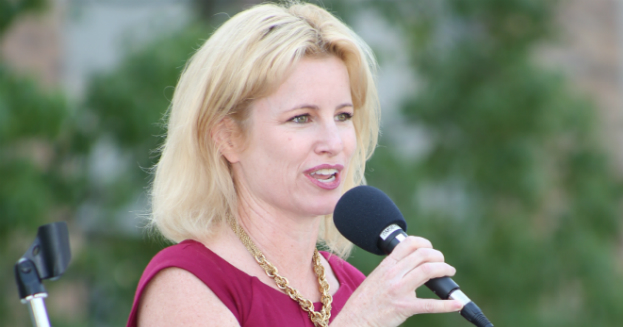 Anaheim mayoral candidate Ashleigh Aitken has raised $319,582 for her mayoral bid, according to a news release issued yesterday by her campaign.

Aitken, a Democrat from Anaheim Hills, is an attorney, former federal prosecutor and member of the Orange County Fair Board. She ran for mayor in 2018, narrowly losing to Harry Sidhu.

This November was going to be a re-match between Sidhu and Aitken until an FBI corruption probe became public in May. The FBI alleges Sidhu passed confidential information to the Angels during stadium sale negotiations in the hope the team would spend $1 million on an independent expenditure effort advocating for his re-election. The Angels have never spent anywhere close to that amount in city elections.

Sidhu denies the allegations, and the FBI has not filed any charges.

Nonetheless, Sidhu resigned within a week of the allegations surfacing, creating a political vacuum in the mayoral race and catapulting Aitken to front runner status.

The only other announced mayoral candidate is former Councilwoman Lorri Galloway, who also ran for mayor in 2018, finishing third.

“I am humbled by the support our campaign has earned from residents who live in every corner of Anaheim. Our message of restoring honestly and transparency to City Hall is clearly resonating, and our strong fundraising means that we’ll have the ability to run a sophisticated voter contact program in the weeks and months leading up to November’s election,” said Aitken in the news release. “Anaheim is an incredible city. Our next Mayor will have a lot of work to do in order to restore the public’s trust, but I’m optimistic for what the future holds.”