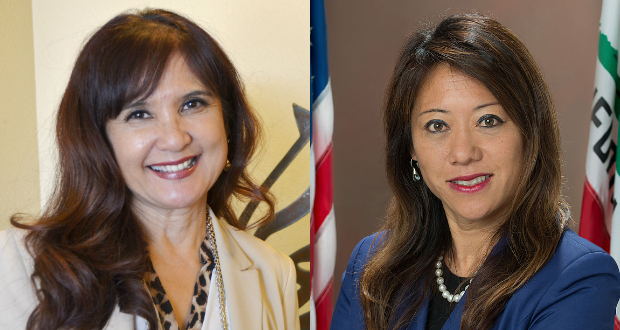 State Treasurer Fiona Ma has endorsed former Councilwoman Lorri Galloway for mayor of Anaheim, according to a news release issued by the Galloway campaign.

“With 39 years serving the most vulnerable women, children, and families in Anaheim, combined with 8 years of building consensus on the Anaheim City Council, I know Lorri Galloway will lead with integrity, experience and the ability to get things done as the next Mayor of Anaheim. I am proud to support her campaign,” said Ma in the campaign release.

“I am very grateful for Treasurer Ma’s endorsement,” said Galloway. “As mayor, I’m committed to working with city council members on all sides of the political spectrum to move our city forward with ethics and integrity. There are many problems to solve that start with rebuilding trust. That’s what I intend to do as mayor.”

Ma, a Democrat, was elected state Treasurer in 2018, following a political career that included stints on the San Francisco Board of Supervisors, in the state Assembly and on the state Board of Equalization. She is seeking re-election as Treasurer and garnered 57% of the vote. She will square off against Republican Jack Guerrero in November.

Galloway served two terms on the Anaheim City Council, from 2004 to 2012. She ran unsuccessfully for mayor in 2018, finishing third behind Harry Sidhu and Ashleigh Aitken. She is the founder and long-time executive director of the Eli Home, a shelter for abused women.