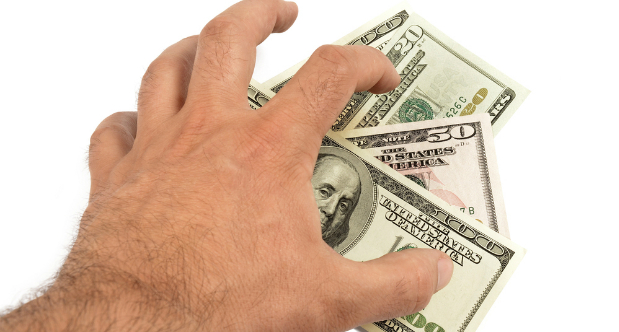 Tomorrow evening the Anaheim City Council will take up a proposal by Councilman Jose F. Moreno to place a 2% gate tax on the November ballot.

Moreno has advocated for such a tax for years.

It is highly unlikely Moreno’s gate tax proposal will make it to the ballot: the city charter requires at least a two-thirds majority vote by the council to place a new tax on the ballot (the Anaheim Taxpayer Protection Act, adopted by voters in November 2015). In other words, five council members must vote to place it on the ballot.

A staff report estimates a 2% gate tax would generate $55 to $82 million in revenue annually.

Moreno’s 2% gate tax would be imposed on the price of admission to any “entertainment, sporting, amusement or recreational” event being held at a “privately operated or managed building, structure, place or venue, with a capacity of at least 15,000 persons.”

“Events” would include – but not be limited to – “amusement rides, processions, sporting contests, and athletic events, shows of all kinds, concerts, lectures, video or audio presentations, theatrical and musical performances, dances, speeches, carnivals, circuses, art or other displays or any other form of diversion, sport, pastime or recreation.”

In other words, it ranges from the Disneyland Resort and the Honda Center to possibly including the annual Cinco De Mayo Festival in La Palma Park, depending on how the definitions are interpreted.

Taxation For The Sake Of Taxation

Various justifications are being floated for imposing a gate tax – something Anaheim has never had.

The Voice of OC’s contribution to the pro-tax narrative is that a gate tax is needed because the city issued bonds to cover the large budget deficit that resulted from Governor Newsom’s pandemic lockdown regime that shutdown the Resort.

But that deficit was once in a unique circumstance that is highly unlikely to be repeated. Furthermore, tax revenues from the Resort have recovered more rapidly than projected. TOT tax revenue is at record levels. Anaheim projects TOT revenues this fiscal year will break the previous record of $163 million set in fiscal year 2018-2019.

Dealing with a transitory fiscal emergency – that has already passed – with a permanent tax increase makes little sense.

Furthermore, the Resort bonds will be paid off in a few years, unleashing a flood of new revenues into city coffers.

In other words, the city doesn’t need the revenue.

Moreno and his supporters want a gate tax not because the city needs it, but because they want it. For left-wing progressives like Moreno, there is no such thing as a government having “enough” tax revenue. The demand is always for more taxes on more people.

That’s clear enough from his record. In addition to a gate tax, Moreno support “split-roll” measures that roll back Prop. 13 protections. he supports every sales tax or income tax increase that comes down the pike.  He supports a utility tax and telecom tax.

What you never hear him talk about is things like pension reform or reducing the cost of government through outsourcing. Indeed, Moreno has repeatedly stated his desire to add people to the city’s payroll.

He doesn’t even cite any particular needs: he’s simply mesmerized at the prospect of having tens of millions of dollars to spend on something and anything.  Does anyone think gate tax supporters want to reserve the revenues strictly for capital projects or paying down pension liability? No.

The resolution authorizing a gate tax measure doesn’t even cite a particular or pressing need – just the desire for more tax revenue.

More likely, a gate tax excites progressives’ imagination when it comes to creating new entitlements. For example, in the past, Moreno has talked about using a gate tax to pay the college expenses of every Anaheim high school graduate.

It will be interesting to see what position the mayoral candidates will take. It’s unclear what, if any, position Lorri Galloway has taken in the past. Earlier this year, Ashleigh Aitken told a meeting of the Anaheim Democrats Club that a gate tax should be “on the table” but subsequently told the Anaheim Observer,  “I am not advocating for a gate tax. As mayor, I intend to support our largest employers and the Resort District, in this period of economic recovery.”

Aitken has been speaking regularly at city council meetings on contentious issues; we’ll see if she or Galloway come tomorrow to announce a position on the gate tax.

Moreno will try to convince the rest of the council that they can vote to place the gate tax on the ballot even if they oppose it.

That’s a con. And Moreno isn’t the first to pull it. And it’s hollow rhetoric used by sponsors of controversial proposals, and aimed at the weak-kneed.

Moreover, does anyone think Councilman Moreno would supporting placing on the ballot measures which he strongly and philosophically opposed? Would he vote to place on the ballot a measure repudiating the state’s Sanctuary City policy, or banning the use of Critical Race Theory/Culturally Responsive ideology in human resource training? When he and Mayor Tom Tait held the majority, he joined Tait in tabling several measures agendized by members of the council minority.

For example, July 31, 2018 the council took up a ballot measure proposed by then-Councilmember Kris Murray to strengthen the Anaheim Taxpayer Protection Act. Tait opined that the topic was “complicated” and the “hour was late” and moved to table and exiled it to land of “further study.” Councilmembers Moreno, Denise Barnes and James Vanderbilt voted with Tait to table Murray’s ballot measure.

Government shouldn’t tax the people simply because it can – divorced from any particular need of just rationale. The government’s appetite for tax revenue is without limit. As Benjamin Franklin told the Constitution Convention when warning against a salaried bureaucracy, “We see the revenues of princes constantly increasing, and we see that they are never satisfied, but always in want of more.”

California state government is Exhibit A for where that mindset leads us. We have the highest taxes of any state in the country. We’re experiencing a record surplus  – and the ruling class in state government says that isn’t enough and clamors for more taxes.