Galloway: Anaheim Shouldn’t Impose A Gate Tax Just Because It Can 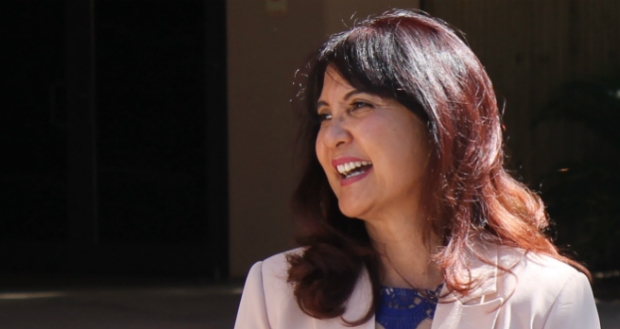 Anaheim mayoral candidate Lorri Galloway has come out against Councilman Jose F. Moreno’s plan for a 2% gate tax on large entertainment, sports and recreation venues, which Moreno is asking the city council to place on the November 2022 ballot.

“I am opposed to requiring a gate tax without a defined need to do so,” Galloway, a former two-term councilmember, said in a statement. “Anaheim does not need to impose a new tax to generate income just because it can.”

A staff report estimates a 2% gate tax would generate $55 to $82 million in revenue annually.

While pitched as a response to the dramatic decline in tax revenues caused by the state government-imposed lockdown during the COVID pandemic, that revenue downturn proved to be an aberration. Following the re-opening of the Resort last summer, city tax revenues have come rocketing back.

In her statement, Galloway also took aim at putative frontrunner Ashleigh Aitken (who narrowly lost to Harry Sidhu in 2018), rapping her to claiming to support Resort District businesses while simultaneously supporting campaign finance rules intended to undercut their ability to support pro-business candidates.

“It is deceptive for Ashleigh Aitken to say she supports the Resort District yet she supports a failed campaign reform proposal that would prohibit Disney and Resort businesses from donating their money to political candidates through direct contributions or through PAC’s,” said Galloway.

“She doesn’t tell the truth that most of her campaign money and independent expenditures in the last mayoral election came from special interest money from out-of-town donors and UNITE-HERE, which was in direct opposition to resort area interests,” said Galloway.

Anaheinm Observer has reached out to Aitken for a response to Galloway’s comments, and will update the story when and if such a response arrives.

UNITE-HERE Local 11 is the militant hotel workers unions that represents hospitality workers at five Resort hotels, including the three Disneyland Resort properties. The union devotes significant resources in the form of hundreds of thousands of campaign dollars and campaign workers to influence Anaheim government and elections.  Local 11 Co-President Ada Briceno is also chair of the Democratic Party of Orange County.  Galloway and Aitken are both Democrats.

Galloway also allehed rough treatment at the hands of Resort union special interests during a secret June 23 meeting in which they tried to push her out of the mayoral race.

“I was personally in a meeting a few weeks ago called by one of the main people responsible for that PAC money, Derek Smith, who angrily told me that I should not run because they intend to do exactly the same and more for this election to make sure their agenda is followed if she is elected mayor,” said Galloway.

“I did not “angrily” urge Galloway to run for Mayor,” said Smith. “I did communicate to her that UFCW Local 324 was in support of Ashleigh Aitken.”

“UFCW has no agenda for the City of Anaheim, but we believe that Aitken is the best candidate for our members,” said Smith.