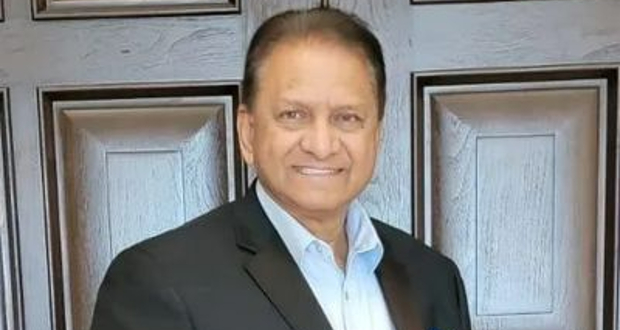 On September 18, I broke the story that Hari Lal, running for Anaheim City Council from District 6, hadn’t paid his property taxes the beginning of 2019 and owed $146,377.93 in delinquent property taxes. This is public information, and accessible to any member of the public on the OC Treasurer-Tax Collector’s website.

The would-be elected official’s response to the publication of unflattering but true and accurate information about his tax delinquency? A series of threatening, rambling e-mails and online commentary claiming the County is wrong, that he doesn’t owe $146K and that he is some sort of victim.

Lal complained he was being defamed, demanding an apology and withdrawal of the article while attempting to silence this writer with threats of legal action.  He offered incredible statements as to why he hadn’t paid his property taxes and claimed to be in a dispute with the County over the amount, while failing to provide any substantiating documentation.

While working on this story, I sent Lal several e-mails seeking explanations for his failure to pay property taxes, and clarification of the claims he made – e-mails Lal turned around and characterized as illegal “spam.” He demanded to see my “bloggers license” and asked if I was “registered with the federal government as a blogger?”

Those are just a few examples of the rants Lal directed at this writer simply for reporting the truth about his failure to pay property taxes.

Yet, two days after I published the article that Lal denounced, he decided to pay his delinquent property taxes in full (and avoiding the $1,594 penalty coming at the end of the month.

“And of course [Cunningham] reminds us that Hari Lal hadn’t paid his property taxes in three years, which is a common thing a homeowner does when they’ve registered a dispute with the assessor over the amount they’re being charged, which Hari has for three years (over Prop 60 and 19 which are supposed to lower rates for seniors.) If you lose, you pay penalties and interest, which Hari fully intended to do if he lost.”

“In any case, long story short, THE SITUATION IS RESOLVED NOW, and Hari has paid the disputed amount, “UNDER PROTEST,” and expects to receive the vast majority of the amount back if he prevails in court later this year. Not an issue any more.”

Nelson’s claim that it is a “common thing” to refuse to pay property taxes over a valuation dispute, according to the OC Treasurer-Tax Collector. One if free to dispute the valuation on which the property tax is based, but the tax must be paid while the dispute is being sorted out. If the valuation is incorrect, the taxpayer gets a refund, and is taxed on the corrected valuation going forward.

Nelson states Lal has “registered a dispute with the assessor” over his property tax “for three years.”  However, the OC Assessor’s office has no record of any such dispute or request from Lal.

Nelson repeats Lal’s claim that he doesn’t really owe the $146,377 because he was entitled to a transfer of base year value under Prop. 60/90 and Prop. 19. He claimed in e-mails that he has applied for such a transfer.

However, according to the OC Assessor’s office – where he would have to file an application for such a transfer – they have not received any application from Lal.

Lal’s e-mails raise doubts as to his grasp of Prop. 60/90 and Prop. 19. In one e-mail, Lal asserts “And by the way, under prop 60 and 90 the county tax collector is automatically supposed to give the base property tax to a senior over the age of 55.” This is untrue. According to the Treasurer-Tax Collector’s office, property owners need to apply for the transfers.”

In a September 14 e-mail, Lal wrote “The petition for claim I filed in on the county registrars office and I will not provide it to you since it contains confidential information but I do have a fax receipt of the transmission to the county recorders office.” What the Registrar or the Clerk-Recorder have to do with paying or property taxes is unclear.

Nelson reports Lal’s claim that he “expects to receive the vast majority of the amount back if he prevails in court later this year.” Except that these matters are not adjudicated in court – and there is no record Lal has filed the formal dispute, as he has claimed multiple times.

A few things are clear, however: Lal has yet provide an explanation that squares with the facts and the rules, and that absent my reporting, Lal would not have paid his massive delinquent property tax bill.