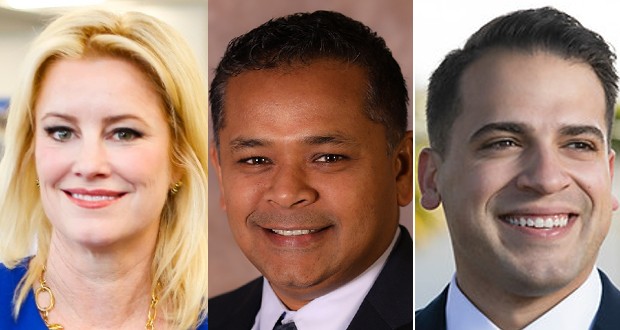 All three Democrats are part of a candidate slate backed by the Democratic Party of Orange County and a collection of progressive Left organizations.

On  Sepetmbner 16, the Resort union coalition formed two committees: “Helping Working Families Get Ahead in Support of Aitken for Mayor and Leon for Council 2022, Sponsored by Labor Organizations, Grocery, Hotel, and Retail Workers” and “Anaheim Resort Workers for an Honest City Council to Support Jabbar for Council 2022, Sponsored by Labor Organizations.”

As of September 17, the pro-Aitken/Leon committee reported spending nearly $32,000 on a program paying campaign workers to canvass neighborhoods in support of the two candidates.

The treasurer of both committees is Derek Smith, the political director of United Food and Commercial Workers Local 324. Legalizing cannabis and then seeking to unionize cannabis businesses is a majorly priority for UFCW Local 324.

The principal sponsor of these committees is UNITE-HERE Local 11, the militant hotel workers union that is working to qualify an initiative to dramatically increase the minimum wage at Anaheim hotels and event venues from the current $15 an hour to $25 an hour. The measure would also impose burdensome workplace rules that significantly increase labor costs.

Local 11’s measure would also apply to city-owned venues like the Anaheim Convention Center, the Honda Center and the Grove Theater.

At the same time, the measure contains language exempting hotels and event venues from he $25 minimum wage and the other mandates if they allow unions like UNITE-HERE Local 11 to unionize their employees.

Aitken, Jabbar and Leon have not responded to repeated requests from Anaheim Observer asking whether they support or oppose this initiative.

All three candidates have denounced efforts by special interests to influence city council elections, and endorsed a problematic campaign finance ordinance under which council members who were supported by IE committees would be prevented from voting on agenda items benefiting those interests.

It remains to be seen whether Aitken, Jabbar and Leon will direct similar criticism toward the union special interest campaign now underway on their behalf – a campaign intended to produce a city council that will enact measures beneficial to the financial bottom lines of these unions.