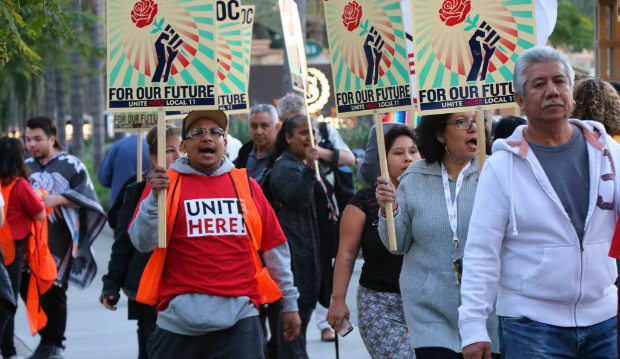 UNITE-HERE Local 11, the militant hospitality workers union, is circulating an initiative to impose a series of costly labor rules – including a $25 an hour minimum wage – on Anaheim hotels and event venues. Buried in the initiative is language exempting hotels and event centers from these mandates if they agree to unionize.

Obviously, the numerous Garden Grove hotels and venues adjacent to the Resort District would not be subject to these dramatic increases in operating costs.

Since UNITE-HERE Local 11 has not been able to organize an Anaheim hotel in decades, cynics see the initiative as an attempt to make it so costly to be non-union, that non-union hotels and event centers will sign collective bargaining agreements with Local 11.

The $25 minimum wage initiative would also apply to city-owned venues like the Anaheim Convention Center, the Honda Center, Angel Stadium, and the Grove Theater, as well as proposed venues such as the proposed concert hall and outdoor amphitheater planned for ocV!BE project.

Anaheim Observer has reached out to each mayoral and council candidate asking for their position on this initiative. 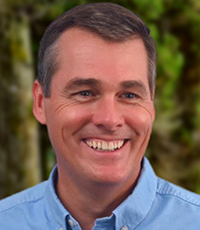 “I staunchly oppose this and any other municipal measure aimed at intervening in the employer-employee relationship that leads to labor mandates beyond what state law requires.  Additionally, if this measure were to come before the City Council, I would vote against it and also oppose putting it on the ballot.

“As a business owner who has employed thousands of workers myself, I am keenly aware of the intent of measures like this.  They are often used as tools to force unionization by strong-arming employers into labor peace agreements when traditional negotiating methods fail.  Measures like this that seek to circumvent the collective bargaining process only serve to exacerbate the very problem they set out to address. They do nothing to improve housing affordability or lower the cost of living; instead, they have the reverse effect due to the inflationary cost of providing goods and services because of the mandate itself, killing jobs in the process.  Further, an artificially high minimum wage floor takes away the incentive for workers to improve their skills and move up the career ladder, and punishes those workers who have worked hard to do just that.”

“Market forces should dictate appropriate wages for any given occupation.  Individual employees have a choice as to whether or not they wish to work for a company paying a certain wage, and employers must offer competitive wage and benefit packages in order to attract and retain the employees they need.  The heavy hand of government tipping the scales in favor of one party or the other is just not good governance, and not good for Anaheim’s economy.” 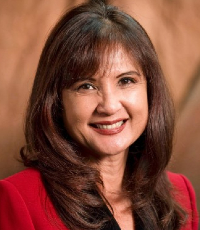 “A major drawback of the city of Anaheim mandating a minimum wage increase to $25 an hour would likely cause businesses to increase prices, further exacerbating inflation. Now is not the time to decide what a wage should be in 2024. Four years ago there was a measure to increase the minimum wage to $15 an hour, and now after the pandemic that amount has increased significantly for many businesses, not because government has mandated it, it is because the free market has dictated it out of the supply and demand of available workforce.
Since the pandemic, a multitude of businesses, both large and small, have closed because of the rising costs of labor and the costs of goods. Our Anaheim economy is still in recovery mode.”

“Anaheim government’s position should be to stay in its lane and not take the decisions of wages away from business owners and employees. It is also to support businesses’ ability to survive and thrive in order to provide as many good paying jobs to our hardworking industrious working families.” 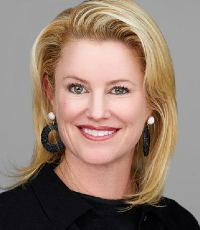 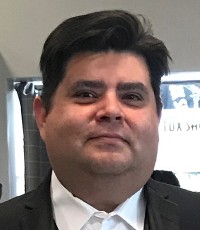 “As it stands, I would not support measure.  A few reasons that it concerns me:

– Mandatory 3% increase. I think with the experience from the pandemic to legislate pay increases is irresponsible.

– Supersession by collective bargaining agreement. This measure grants rights to workers but this section allows the waiving of those right. It would be a detriment to the employees.

What I do would agree with:

– Right to refuse overtime or can stay until another person can come in.

– Waiver for hotels of less than 60 rooms” 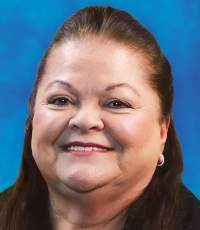 “I will always support Anaheim workers, and I know that we need to balance the need for good-paying jobs with what the economy can sustain. We have seen various other attempts at raising the minimum wage in a select part of the city and the reality is that most of those venues are already paying above the mandated minimum wage.

“I believe that certain minimum standards for wages and worker safety must be in place to guarantee safe working conditions, but those should be worked out between the employer and employees through negotiations and should not be a citywide mandate.”

Additionally, this jump from $15 to $25/hr minimum wage over night would devastate our local tourism industry. Many of those venues are still coming back from lost revenue due to the pandemic, to add on this huge jump in expenses over night would only further hurt our already struggling economy.” 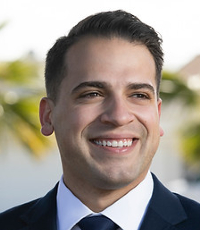 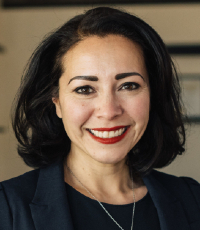 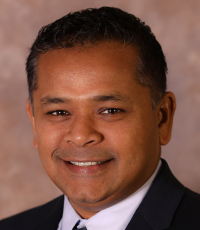 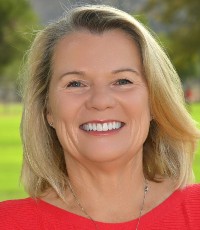 “I would not support a ballot initiative that puts Anaheim businesses at a disadvantage in competing with businesses in adjacent cities, this includes the proposal to impose a $25 an hour minimum wage for Anaheim hotels. Revenue from hotels in Anaheim are a significant component of Anaheim’s budget and those revenues provide critical services for Anaheim residents. The devastating effect the pandemic had on Anaheim’s hotel revenues was temporary but clearly demonstrated how important these revenues are to providing city services.” 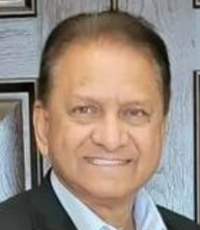