Assemblywoman Quirk-Silva Calls On Supporters To Report Churches To IRS 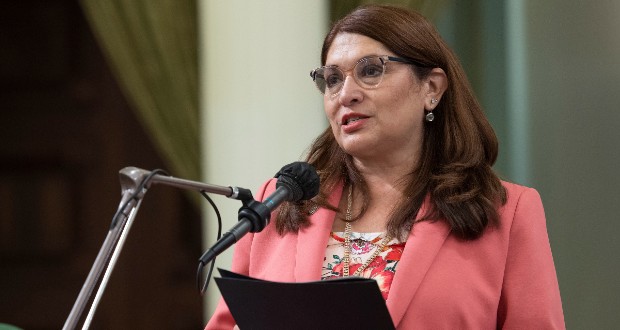 Be warned, (conservative) churches of Orange County: not only is Assemblywoman Sharon Quirk-Silva watching you, but she’s also egging on her followers to report you to the Internal Revenue Service.

Last week, Quirk-Silva tweeted her intention to take some kind of action against churches engaged in political campaigns:

The state legislator urged her supporters to surveil churches and repot them to her:

Quirk-Silva, a Democrat, also called on her followers to snitch out churches to the IRS – although they need little encouragement, judging by their eagerness to go after churches:

Nothing stimulates robust political exchanges and discussion during election season like an elected official urging her followers to rat out churches.

Neither Quirk-Silva nor her followers specify the offending churches or which candidates are being promoted. Perhaps the signs are promoting her Republican opponent, school board trustee Soo Yoo, herself of woman of strong Christian faith.

IRS regulations do prohibit churches that claim 501(c)3 status “from directly or indirectly participating in, or intervening in, any political campaign on behalf of (or in opposition to) any candidate for elective public office.”

However, nothing prohibits churches from opposing or supporting ballot measures. For example, many churches are opposing Proposition 1, which would radically change the state’s abortion laws and strip unborn human beings of even the tenuous protections they have under current law.

And nothing prohibits pastors or ministers from talking to their congregations about the moral issues of the day, the interaction with governance and public policy. Morals and faith can’t be isolated from politics.

For example, Christianity teaches that direct abortion is the killing of innocent unborn human being, and is intrinsically evil. The protection of life is the fundamental duty of government, as the Declaration of Independence memorably states. It is absolutely legitimate or a pastor to address such matters – and address them in the context of how an elected official or officials votes on such matters – from the pulpit, before their congregations.

No one would bat an eyelash if a priest or minister declared from the pulpit that murder ought o be illegal because human life is sacred and a gift from God.

It’s difficult to escape the feeling that Assemblymember Quirk-Silva’s ire is selective – that she wouldn’t be tweeting about signs for liberal candidates on the property of a Unitarian Universalist Church or other progressive denomination. Where is the outrage over progressive clergy that utilize the symbology of their positions and congregations to promote progressive political causes and candidates?

Prior to becoming a legislator, Quirk-Silva was a teacher in the public education system – where the illicit use of public resources for political and campaign resources is not uncommon. We don’t recall similar outrage at teachers unions making use of school sites for their political campaign activities.

Finally, there is something disturbing about the intensity and intemperance of Quirk-Silva reaction. She goes beyond public criticism and calls for members of the public to harass churches that are engaged in political speech that she dislikes.