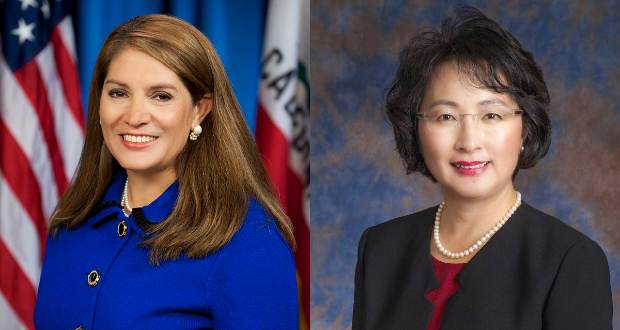 In what could shape up as a major upset, Assemblywoman Sharon Quirk-Silva, a liberal Democrat, is losing her bid for a fifth term to Republican Soo Yo, a member of the ABC School Unified School District Board of Education and unapologetic conservative.

Quirk-Silva began the evening ahead of Yoo, but has been steadily losing ground as the votes are counted.

While the four-term legislator has done better among early mail ballot voters, Yoo has outperformed her among Election Day voters and those voting later, as the most recent results from the Orange County portion of the district attests:

In a tweet earlier today, Quirk-Silva projected the serenity of a candidate who has seen both sides the winning and losing:

The AD67 race was largely overshadowed by higher-profile elections such as the Katie Porter-Scott Baugh and the re-election drives of Representatives Michelle Steel and Young Kim.

Yoo raised approximately $461,423, an impressive haul for a first-time legislative candidate. However, that paled compared to Quirk-Silva, who was able to leverage the advantages of being a Democrat incumbent in a state dominated by Democratic special interests to vastly outraise Yoo. Quirk-Silva reported raising about $750,000 by Election Day and had spent nearly $1 million by October 22 – and that does count independent expenditures on her behalf.