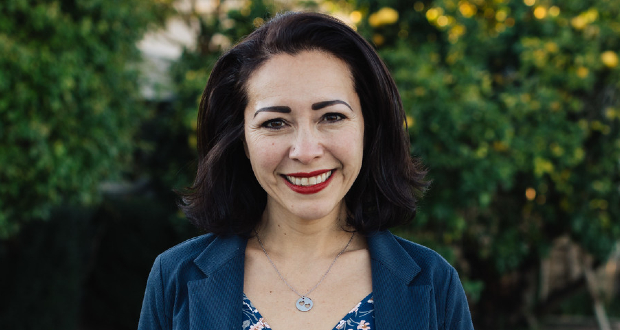 Rubalcava, a centrist Democrat, was leading Jabbar by 582 votes when the first returns were reported around 8:00 p.m. last night. By the last update at midnight, her lead had grown to 1,086 votes. 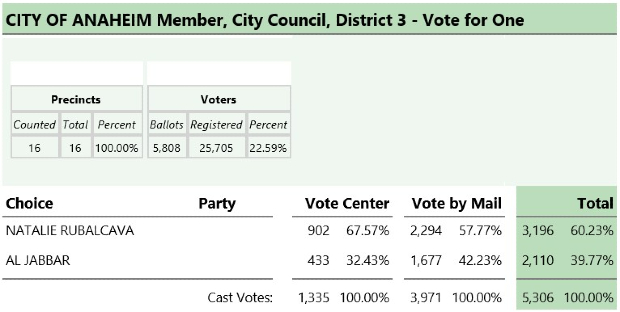 Rubalcava is beating Jabbar by a wide margin among early voters, and is capturing two-thirds of ballots cast at vote centers (basically, in person voters).

Jabbar is a left-wing Democrat and close political ally of Councilman Jose F. Moreno, who is being forced out of the District 3 seat by term limits. As an AUHSD school board member, Jabbar has been a strong ally of the teachers union, an opponent of charter schools and a supporter of incorporation CRT-related ideology into district curriculum.

Rubalcava is beating Jabbar in all but one precinct in District 3:

Rubalcava’s candidacy was supported by Anaheim businesses, several labor unions, the Anaheim Police Association and Anaheim Firefighters Association, and the Anaheim Neighborhood Association. She raised $112,140, and a number of independent expenditure committees – funded by business interest, the police and fire unions, housing providers and  weighed in on her behalf to the tune of nearly half a million dollars.