The Yes on L and M campaign appears to be afraid of its own initiatives.

This mailer has been landing in mail boxes this week: 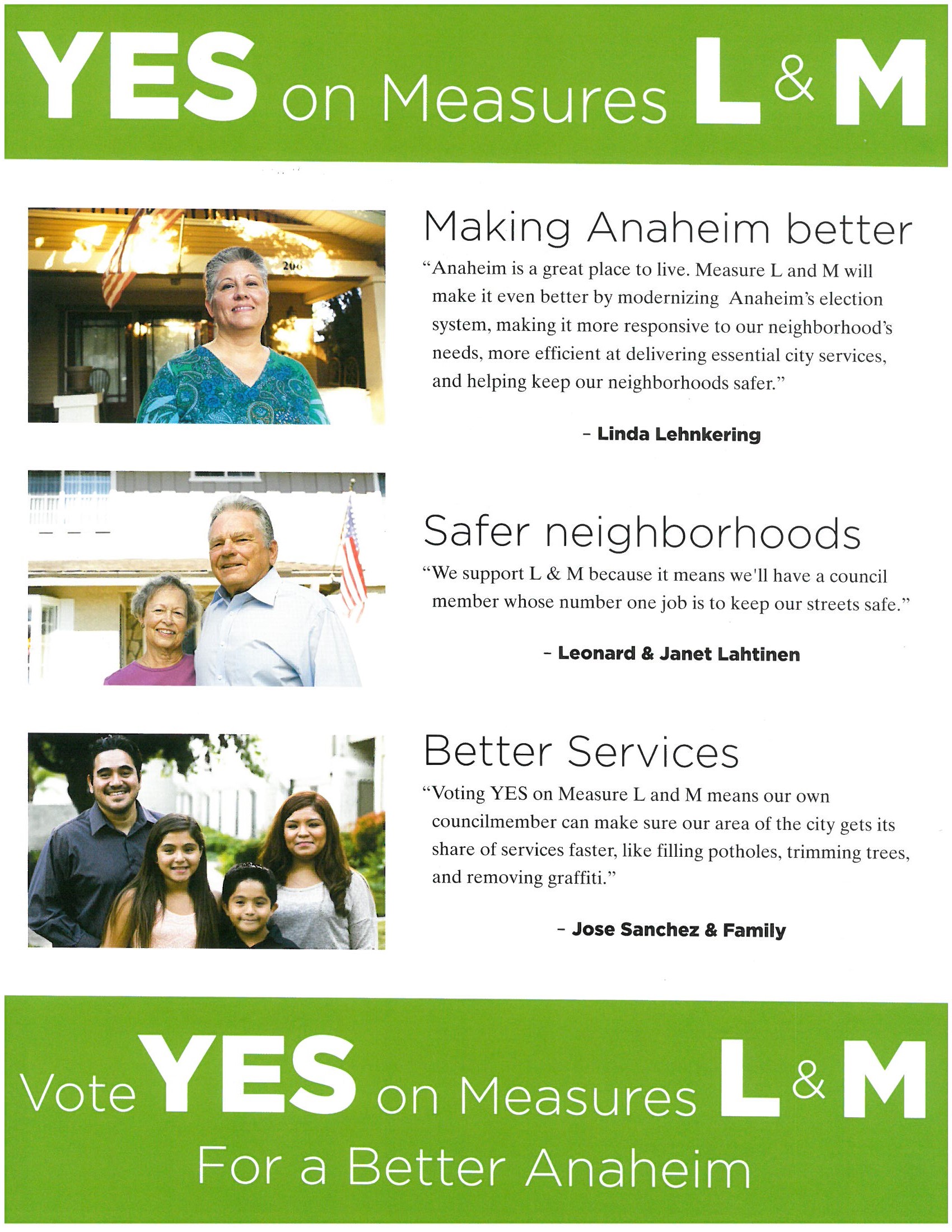 What is intriguing about this mailer is that nowhere does it tell voters what Measures L and M actually do! Which raise the question: why wouldn’t the the leftists running the “Yes on L and M” campaign go to such length to avoid telling voters that Measure L would limit them to one representative on the Anaheim City Council, and that Measure M would increase the size of the city council by two members?

Nearly $350,000 has been contributed by unions and left-wing groups from San Francisco, Los Angeles and Washington, DC to the Yes on Measures L and M campaign, but the messaging tip-toes around what those measures will do. Instead, it’s gauzy promises of better city government without informing voters about how these initiatives will transform Anaheim into a civic paradise. The content of this mailer is relies even more heavily on the “all your dreams will come true” rhetoric than the deceptive and delusional ballot argument signed by Mayor Tait and Councilman Brandman.

It tells me the union/left-wing coalition funding this campaign believe a majority of Anaheim voters will react negatively to mail that informs them in plain language exactly how these two initiatives will change their city government.

If nothing else, this is an interesting experiment in trying to convince people to vote for two initiatives without actually explaining what they do.

But one thing is obvious to voters in the disclaimer: this is a union-funded initiative, which historically has not been a net positive in past elections.